From a crude marking, carved in stone more than 3,500 years ago, to the modern revolution in mobile location services, maps have shaped our world and shone light on distant places for generations. 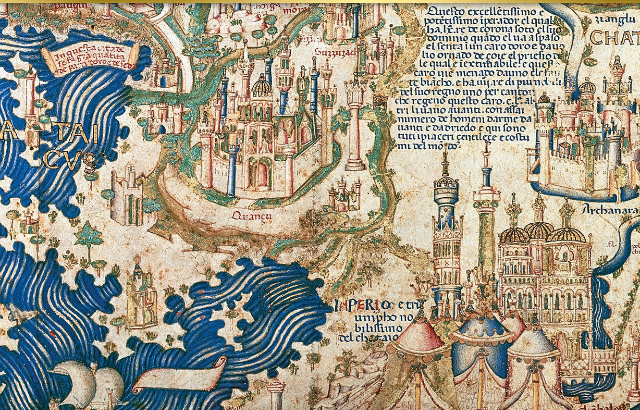 A new book from an academic at Queen Mary University of London explores 60 of the world’s most influential maps, and analyses the effects that these great works had on culture, beliefs and empires.

Authored by Professor Jerry Brotton, a global expert in cartography based at QMUL’s School of English and Drama, Great Maps provides a fascinating and surprising insight into the role of cartography in history and society.

Included in the book are maps which depicted women who grew on trees, the first map of the British colonies in North America, and the lost stations of London’s first iconic Tube map.

Professor Brotton said: “Maps are much more than navigational tools and the cartographer has had a much more profound impact on history than one might expect. Today we use maps in a functional way - as a means of getting from one place to another efficiently and quickly - but in the past maps performed a diverse range of functions; from the depiction of the heavens, to dire warnings of lands with no sunshine.”

Great Maps, published by Dorling Kindersley, comprises a series of 60 lavishly illustrated maps, set alongside a detailed analysis of each map’s context, cartographer and hidden features. The book takes readers on a global tour of the most influential maps in history; from the earliest known map of the world, to John Snow’s map of cholera in London, through to the modern day transformation heralded by Google Earth.

“Whether it’s the powerful social commentary contained in Charles Booth’s poverty map of London or the triumphant depiction of the age of exploration in the Lunar Landing Maps’, this book shows that maps provide not just a route, but also a window into our history, culture and beliefs,” said Professor Brotton.

Jerry Brotton is a Professor of Renaissance Studies at Queen Mary University of London. Based at the  School of English and Drama, Professor Brotton is the author of numerous books, including: Trading Territories: Mapping the Early Modern World (1997), Renaissance: A Very Short Introduction (2006), and A History of the World in Twelve Maps (2012). His books have been translated into more than 14 languages.