A geographer from Queen Mary University of London is investigating a recent landslide that dammed the Dart River in New Zealand’s South Island, creating a three kilometre-wide lake. 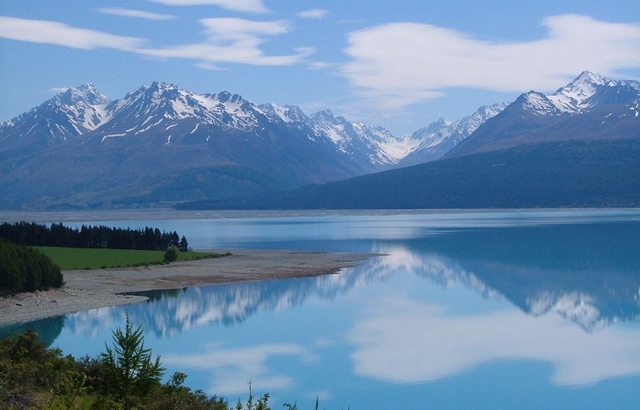 Professor James Brasington, from the School of Geography, is leading a UK team of scientists who are to examine the landslide’s impact on the local environment.

The project has secured an urgent grant from the Natural Environment Research Council (NERC) to undertake sediment sampling and topographic and bathymetric surveys between the Dart’s mountain source in Te Koroka and its sediment sink in Lake Wakatipu.

“When landslides dump massive amounts of debris and sediment into rivers, it has the potential to raise river bed levels, destabilize flood plains, degrades flood defences and impact on freshwater ecology with a legacy that long outlasts the initial disturbance,” explains Professor Brasington, who is also Adjunct Professor at the University of Canterbury, New Zealand.

The significance of these environmental impacts is exacerbated by the economic reliance of the local economy on tourism in a region prized for its pristine mountain scenery.

In this part of the Southern Alps, the landslide has threatened a sacred source of nephrite jade, which is treasured by the Maori communities of New Zealand.

In addition to creating greater flood hazards, the new lake has submerged several kilometres of a renowned hiking trail, which may affect tourism for nearby Glenorchy, Kinloch and Queenstown.

Researchers hope the findings may help to support emergency planning, not just in the Southern Alps, but also in other more densely populated alpine valleys worldwide.