Initial results from Ukraine’s parliamentary elections have thrown down a challenge to the European Union, according to Russia expert and QMUL Research Fellow Dr Eleanor Bindman. 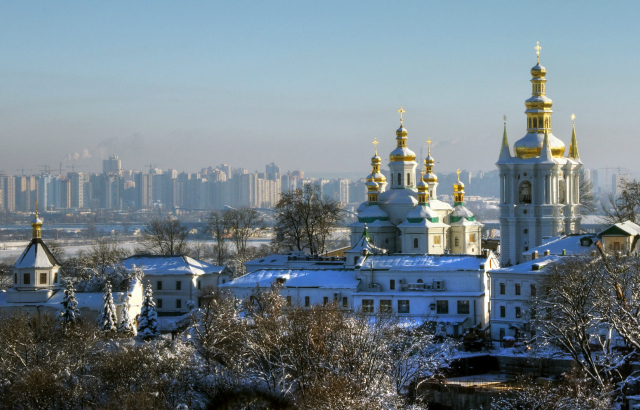 The results are another milestone in the difficult journey towards peace and stability.

Despite scaremongering in the run up to the election, the far-right parties of Right Sector and Svoboda made no significant breakthrough, although the latter will clear the five per cent threshold required to get into parliament.

The results will be something of a relief to European leaders and the European Union, with the electorate voting decidedly in favour of pro-European and pro-reform parties.

The news is also good for President Poroshenko, who will present the results as a vote for stability and a declaration of confidence in his efforts to ‘steady the ship’ since his election in May.

As ever with Ukrainian politics, however, things are not as simple as they may first appear. The Radical Party led by the controversial nationalist and populist Oleh Lyashko looks set to comfortably clear the five per cent threshold and will thus command a number of parliamentary seats.

On the other side of the political spectrum the Opposition Bloc, which brings together a number of former members of ex-President Viktor Yanukovych’s discredited Party of the Regions, also performed well. Predictably, the vast majority of its vote came from the predominantly Russian-speaking southern and south-eastern parts of the country.

As a result, significant political divisions remain between the more nationalist west of the country and those regions which are closer – culturally and geographically – to Russia.

The impact of the ongoing conflict in the country’s Donbass region should also not be ignored. The fragile cease fire and the tense military situation meant that for many in the region, voting was impossible. As a result, these voters were disenfranchised and their interests will not be represented in the next parliament.

In addition, the 225 parliamentary seats which will go to candidates running in single-member constituencies have yet to be declared. Many of these seats are likely to go to an eclectic mix of EuroMaidan activists and those who have been fighting on the pro-Kyiv side in the conflict in the East. As a result, Poroshenko will be tested in his efforts to secure a broad consensus for the measures needed to secure the future of Ukraine.

It is a daunting list: deep economic and social reform, repair and restoration of public services, anti-corruption legislation, a lasting peace in the east, and normalisation of relations with Russia. The months and years ahead will not be easy.

Despite the enormous challenges faced by Ukraine, there is cause for hope.

Millions of Ukrainians have shown their support for Poroshenko and Yatsenyiuk’s reformist, pro-European position. The vast majority want to keep Ukraine together as one nation, and almost everyone desperately wants peace and stability.

This welcome but fragile situation requires a positive and supportive response from the European Union.

Neither side believes that Ukraine will join the EU in the near future, if ever, but the EU can nonetheless offer practical support and assistance to a neighbour whose voters have expressed considerable regard for and confidence in the European project. Practical support is essential.

The EU can provide funding and expertise to reform the police and judiciary; help to regulate the investment sector; support the government to rebuild vast areas destroyed by conflict; and deliver expert assistance in the country’s efforts to tackle corruption.

Ukraine has been in this hopeful place before, but too often hope has been squandered. This time, Europe has a responsibility to help Ukraine in its efforts to translate hope into social and economic progress.

A failure to grasp this opportunity and a continued willingness to be distracted by geopolitical posturing in relation to Russia would be an unforgivable sin of omission.

Dr Bindman is a specialist in Russian politics and will be a Leverhulme Early Career Fellow at QMUL School of Politics and International Relations from 2014 to 2017. Prior to this she was a Lecturer in Politics at the University of Manchester.

Her PhD in Russian and EU Politics, which was completed at the University of Glasgow in 2013, looked at the role played by human rights issues within EU-Russia relations. She is a fluent Russian-speaker and has worked and travelled extensively in Russia and elsewhere in the Former Soviet Union. She tweets @EleanorBindman.

The image accompanying this article is reproduced with thanks under creative commons licence. You can access the original and the photographer's details here.