Queen Mary University of London (QMUL) has again secured two of 10 places on a BBC-led competition to find young academic broadcasters of the future. 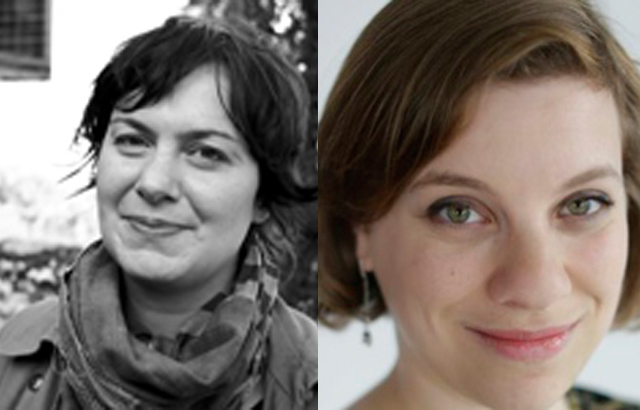 As 2014 winners of AHRC/BBC Radio 3’s ‘New Generation Thinkers’ scheme, Dr Joanna Cohen and Dr Tiffany Watt Smith have the chance to develop their own Radio 3 programmes, based on their research, and to appear regularly on air.

‘New Generation Thinkers’, run by BBC Radio 3 and the Arts and Humanities Research Council (AHRC), is a nationwide search for early-career researchers who are passionate about communicating to the public.

This is the second year that QMUL has achieved a double win in the scheme.

Dr Cohen, from the School of History, is researching how Americans turned consumerism into an act of good citizenship between 1781 and 1865. She is also examining the circulation and consumption of images of wartime violence in the Atlantic World.

“One of the things I loved about this competition is that it aims to inject creativity and critical thinking into the public sphere,” comments Dr Cohen. “It embodies the broader cultural role that the university should play in any society and helps to make programmes that afford space for reflection, provide inspiration and indulge curiosity. All of those things enrich our society enormously and for that reason alone it is a privilege to be involved in the scheme.”

Dr Watt Smith, from the School of English and Drama, researches the cultural history of our compulsion to imitate each other’s expressions and gestures. Dr Watt Smith is particularly interested in the history of human emotions in the late nineteenth and early twentieth centuries.

She says: “I’m delighted to have been selected to take part in this AHRC-BBC initiative, and it’s a great privilege to be part of QMUL’s tradition of engaging with the wider public. To me, ‘impact’ isn’t a one-way conversation. It’s not just about sending ideas out into the world. Engaging with other perspectives and ways of thinking can also spark off new ideas, enlivening my own research too.”

As New Generation Thinkers, Dr Watt Smith and Dr Cohen will spend a year working with Radio 3 presenters and producers to develop their ideas into broadcasts.

In June, the New Generation Thinkers will make their debut appearance on Radio 3's arts and ideas programme, Free Thinking and make regular contributions throughout 2014.

They will deliver talks at Radio 3's annual Free Thinking Festival of Ideas at Sage, Gateshead, in November 2014.

The NGTs will also have an opportunity to develop their ideas for television, including working with BBC Arts to make short taster films to be shown on BBC Arts Online.

Since the NGT competition started in 2010-11, several academics have won from QMUL, including Dr Shahidha Bari and Dr Rachel Hewitt (2011) and Dr Jules Evans (2013). All have since gone on to work on interesting and varied presenting and commentating projects.

Following a six-month selection process, the winners were selected from a group of 60 finalists, who attended a series of one-day workshops at the BBC's bases in Salford and London. The judging panel comprised producers from Radio 3 and BBC Arts and academics from the Arts and Humanities Research Council.

Matthew Dodd, Head of Speech programming, BBC Radio 3, said: "Selecting this year’s New Generation Thinkers has been a stimulating experience. The huge range of dynamic researchers who aspire to bring their work to a broadcast audience made the choice of our final ten a very tough series of decisions. Nurturing new talent across the arts is a key part of Radio 3 and Hay Festival is a fitting place to announce this year's participants. We’re confident that the New Generation Thinkers 2014 will introduce listeners to charismatic new voices and compelling stories from contemporary research."

Professor Rick Rylance, Chief Executive Arts and Humanities Research Council, said: “Once again we are delighted with the success of this year’s scheme. As ever, the work presented by this year’s winners allows us to celebrate the value of arts and humanities research in our everyday lives. I look forward to hearing their programmes with enthusiasm. I'm also delighted that, as the AHRC continues to work with the BBC, two other research councils — Economic and Social Research Council and Medical Research Council — have joined us this year to cover an even broader range of projects.”

This year, the New Generation Thinkers have been announced at the Hay Festival. The BBC has a three-year partnership with Hay Festival. There will be unprecedented BBC coverage on TV, radio and online, making the Festival more accessible than ever before.