When two Conservative MPs were deselected in rapid succession by their local constituency associations, it marked to some a welcome assertion of grassroots rights and power.  To others, it was no such thing. 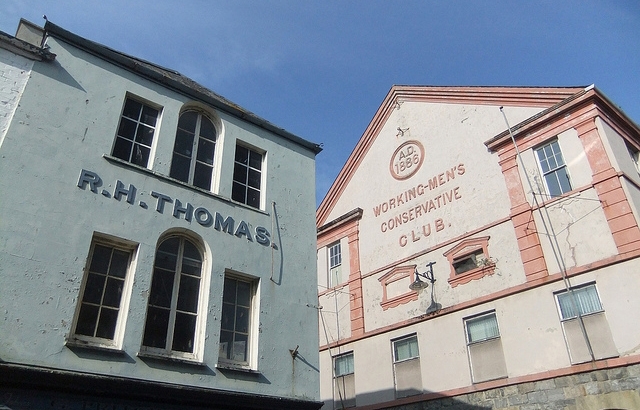 Instead the move was an inevitable consequence of what happens when a party’s membership drops so low that the only people left at local level are the zealots –  the ultra-Thatcherite ‘Tory boys’ (and girls!), the ‘blue-rinse dragons’, the ‘Colonel Blimps’,  the ‘mad swivel-eyed loons’.  As a result no independently-minded, moderate MP could sleep safe in his or her seat any longer.

In fact, when one looks back over the last hundred years, it soon becomes obvious that we’re not witnessing anything particularly unprecedented.  There has always been potential for friction between local associations and their man or woman at Westminster – sometimes for  ideological or policy reasons, though more often than not because the MP in question has somehow brought the party into disrepute or isn’t seen to be pulling his or her weight.

That said, those who argue that the potential for such friction has grown as parties shrink may have a point – or at least one worth our consideration.  After all, that argument accords not just with common wisdom but with one of the most pervasive (though not necessarily accurate) assumptions held by political scientists interested in parties.  After all, May’s Law of Curvilinear Disparity (apologies for the jargon) holds that a party’s activists are inevitably more radical (and some would say less realistic) than either its voters or its MPs and leaders.

So what does the evidence say?  For starters, it’s undoubtedly true that Tory Party membership has shrunk, not just from its high point in the early 1950s but also in the last twenty years.  It was around 400,000 in 1994, when the first academic survey of the Party was published.  By 2010, around the time of another survey – this one conducted for a book on the Party’s attitudes to women – it had dropped to 177,000.  By 2013 (the year in which we conducted our survey of the Tory grassroots), CCHQ, after being dragged kicking and screaming into releasing the figure by a concerted campaign by website Conservative Home, claimed that the figure now stood at134,000 – which, given the rate of decline in recent years, seems a little high, although we will perhaps be able to gauge its accuracy if the Party holds a leadership contest in the event that it fails to hang on to Number Ten after the next election.

But what about grassroots attitudes?  Is it really the case that, as the tide has gone out on membership, the only people left on the beach are a bunch of Eurosceptic, misogynistic, homophobic, climate-change deniers?  And has the rank and file actually changed that much ideologically over the last two decades?

There is no doubt that the current membership of the Conservative Party is fiercely Eurosceptic –so much so that rather too many of them for Mr Cameron’s comfort are tempted by UKIP.  True, a majority of them could probably be persuaded to vote to stay in the EU if the Prime Minister could make a convincing claim to have renegotiated this country’s relationship with Brussels.  But they would take a lot more persuading to select anyone remotely resembling a Europhile as a candidate and, if they are currently represented in Parliament, would really rather their current MP, if he or she shared such heretical views, didn’t voice them too loudly.

On the environment, they can hardly be described as thoroughgoing friends of the earth.  We found that just over half of them opposed their own government’s setting up of a Green investment bank to fund solar power and wind farm projects – twice the proportion that supported the idea.  Meanwhile nine out of ten of them approved of its scrapping the rises in fuel duty intended to curb carbon emissions.  Whether or not Tim Yeo was right to point to his environmental campaigning as one of the factors that did for him, then, who can say?  But it probably didn’t do him any favours.

As for homophobia, it is hard to believe in the light of the fact that one of the key figures in Yeo’s deselection was looking forward to his gay son’s own same-sex marriage, that the issue had a much of a bearing on his motives.  However, it may just have played a part in the thinking of other people involved in this and other deselections.  We found, for instance, only one in four members supporting the introduction of gay marriage but six out of ten opposing it (four of them strongly).  Meanwhile, only one in ten wanted to see more gay and lesbian MPs representing the Tories in parliament, while getting on for a third wanted to see fewer of them.

However, when it comes to attitudes to female MPs– one of the issues that supposedly (but only supposedly) played a part in Anne McIntosh’s deselection – the stereotype simply doesn’t stand up, not if our respondents actually mean what they say (and given their disdain for political correctness it is unlikely they lied to us on this one). True, a quarter of members say they are happy with a situation which sees women make up just 16 per cent of the Conservative Party in the Commons.  But the number wanting to see fewer women is minuscule, while just over half of all members would actually like to see more.  That represents a drop on the proportion saying the same in 2009, but that in itself is possibly a response to the number of female MPs rising considerably after the general election.  And the tiny proportion of members saying they’d like to see fewer MPs has reduced by two-thirds between now and then.

And what about where they stand on the left-right spectrum?  How has that changed over the last twenty years?  Not as much as one might think, is the answer. When we asked them in 2013 to place themselves on a left-right spectrum running from zero to ten (with 0 representing far left and 10 far right), the average Tory member placed him or herself at 8.4 – exactly the same place as in 2009 and only a whisker away from where the average member placed him or herself (ie at 8.2) in 1992.

Of course, it could be that those who are most active in the party – the people who attend its local fundraisers, who canvass at elections, stand as councillors, or go to association committee meetings – are also the most radical. This would matter because they are precisely the kind of people behind the attempts (not all of them successful) to get rid of sitting MPs.

We found that only three per cent of all Tory members could be described as hard-core activists in the sense that they put in more than 10 hours a week on behalf of the party – a proportion that only increases to seven per cent if we expand the definition to include those who put in over five hours, although it is actually higher than the one researchers uncovered in the early 1990s.   It is certainly the case that this hard core is more likely to take a dim view of the coalition and feel less respected by the leadership than their inactive counterparts. But are they markedly more right wing?  The answer is no: those giving more than 5 hours a week of their time to the party have an identical mean score to those giving less than 5 hours on the left-right scale (8.4). It makes little difference if we substitute composite attitudinal scales constructed from responses to various questions designed to tap the nuances of left-right positioning, and neither does it change much if we define 'core activists' as only those doing more than 10 hours or 20 hours per week; the activists are not significantly more right-wing.

It may, then, be tempting to think that, as the Conservative Party’s membership shrinks, it will necessarily become a more hostile environment for sitting MPs who don’t share the views of an inevitably more right-wing rank-and-file.  But it may well be mistaken, too.  Moderate MPs who work hard – not just in the House but at maintaining friendly relations with the folks back home – can probably sleep fairly soundly.  The Tory Party may no longer be a particularly broad church but maybe it hasn’t become a sect just yet.

Tim Bale is Professor Politics at Queen Mary University of London.  He is the author of two books on the Tories 'The Conservative Party from Thatcher to Cameron' (Polity, 2011) and 'The Conservatives since 1945: the Drivers of Party Change' (OUP, 2012).  His latest book is the third edition of his 'European Politics: a Comparative Introduction' (Palgrave, 2013). He tweets @ProfTimBale.

Paul Webb is Professor of Politics at the University of Sussex and editor of the journal ‘Party Politics'. Among his various publications are ‘Sex,Gender and the Conservative Party: From Iron Lady to Kitten Heels’(Palgrave Macmillan 2012, with Sarah Childs') and ‘Why do Tories defect to UKIP?’ (Political Studies, forthcoming, with Tim Bale). He tweets @PaulDWebb1.