Researchers from Queen Mary University of London have found that socially housed mice have healthier immune systems than those who are socially isolated – who are more susceptible to longer term issues due to an altered immune system that comes from living alone. 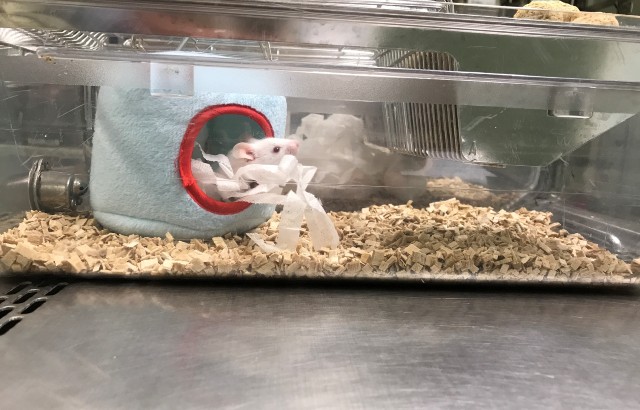 While further tests would be needed involving humans to confirm the conclusions, the results indicate that social isolation can change the way our immune systems operate and that the immune system mirrors our lifestyle and what we are experiencing in life.

The socially isolated mice in the study saw changes in their immune system that made them better prepared to fight infections. However, this can also have damaging long-term consequences on their health.

The study, published in Brain, Behaviour, and Immunity and funded by the British Heart Foundation, found that mice who lived alone had a colder body temperature than those who lived with other mice, since those who were housed with others were able to huddle to maintain the ‘ideal’ body temperature. Being socially isolated, and thus colder, meant that their immune system changed to become more ‘alert’ and ready to fight infections. Testing showed that, as expected, these mice were able to clear bacterial infections faster. This increased resistance to infection was also reversed when these mice were provided with an artificial nest, allowing them to recreate the huddling behaviour the socially housed mice could engage in.

However, this state of ‘alertness’ of the immune system has long term consequences as it might cause chronic diseases such as Alzheimer’s disease, dementia, and cardiovascular disease. A large body of evidence already exists linking a heightened immune activation to neurodegenerative diseases, psychiatric conditions and autoimmune disorders.

Alice Hamilton, a researcher at Queen Mary University of London and lead author of the study said: “Living alone is a societal problem that has certainly been exacerbated during the pandemic, and it negatively impacts our health in various ways which we are only beginning to fully understand. This study is another example which leads us to believe our living conditions can have a strong influence on our immunity and potentially longer-term health.

“When we are isolated, the body senses that there is no-one to help and take care of us if something goes wrong, so it tells the immune system to be prepared and ready just in case.

“But it’s extremely tiring and not at all healthy to be on high alert all the time, and ultimately our brains can suffer from this ongoing state of alarm.

“The next step would be to test our theory that humans might be like animals in that there is a specific immunological and physiological response that is activated when social interactions and a sense of belonging are administered as a treatment.”

“We have seen that social mixing in mice helps them keep an ideal body temperature, which is crucial for a ‘normal’ physiological immune response to illness and infections. If we were to follow this idea in humans, prescribing social interactions, which is sometimes already done by doctors, has the potential to be beneficial not just for our mental wellbeing but also for our immunological wellness.”

The team of researchers from Queen Mary ran a two-week programme consisting of housing two groups of mice – some socially isolated, and some with other mice. This was followed by the testing of immune-inflammatory resilience to bacterial sepsis.