The rights of refugees in Africa are under threat: what can be done

Professor Parvati Nair from Queen Mary's School of Languages, Linguistics and Film has written for The Conversation on the rights of refugees and the obligations of states. 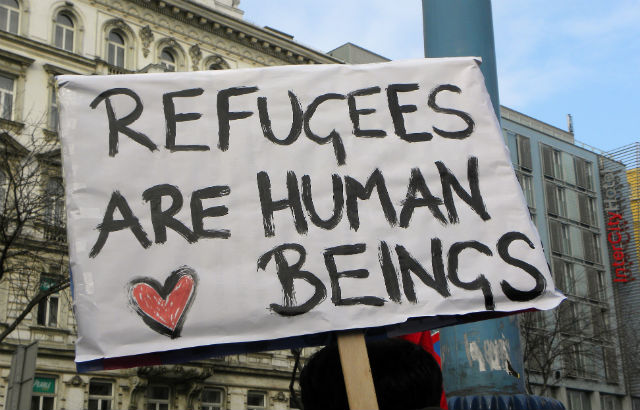 What are the obligations to refugees under international law?

In the aftermath of World War II, the international community came together to shape and commit to the human rights of displaced persons.

The 1951 Refugee Convention and 1967 Protocol marked a milestone in framing the responsibilities of states to protect those fleeing untenable or dangerous contexts. These include conflict, disasters, political oppression and other severe conditions.

It also gave refugees and asylum seekers the right to have their cases go through legal processes. A key principle within this framework is that of non-refoulement, a core legal protection for displaced persons seeking asylum. It puts the onus on hosting states to safeguard asylum seekers.

Situations such as those of the Congolese refugees in Zimbabwe offer examples of how states disregard the law, transporting refugees across borders with no regard for their rights.

Africa exemplifies many of the challenges faced by refugees, as well as many of the ways in which states fail to honour cross-border obligations to asylum seekers.

The continent hosts a high population of displaced persons. Uganda, Kenya, Nigeria and Ghana are examples of countries that host large numbers of refugees.

As political scientist Sabella Abide states, many refugees and asylum seekers suffer protracted mental and physical abuse and suffering. Four years ago, the United Nations confirmed the Global Refugee Compact as a blueprint for how states should support refugees and host communities.

Key priorities included upholding refugees’ human rights and ensuring their security. But many countries are still far from achieving this.

States are contravening international law at the cost of the dignity, safety and rights of forcibly displaced people.

This is not an African phenomenon. There are numerous examples of refugee rights being disregarded from Australia to the UK and the US.

Are humanitarian priorities being eroded?

Human displacement has been on the rise globally. This trend is set to continue.

In the face of such rising numbers, as well as the rise in populist and neoliberal ideologies, the humanitarian priorities that led to the establishment of refugee law are profoundly threatened. There are rising concerns around border protection policies and mechanisms among states, and questions of national sovereignty.

Indeed, Africa is partnering with the European Union in the proliferation of securitised borders. The union’s coast guard agency Frontex is working with West African states to construct European borders on African soil.. This is aimed at preventing the northward movement of refugees and migrants to Europe. Such actions further alienate and ring-fence displaced persons.

As the Australian criminologist Sharon Pickering has pointed out, state responses to displaced persons as unwelcome intruders – and increasingly stringent border policies – have led to the obscuring of international obligations to asylum seekers and refugees.

Deportation is sadly an aspect of refugee management, yet it goes against refugee rights.

Today, the notion of the refugee as a person needing safety has altered in practice, if not in law. Representations in the media abound of displaced persons as law breakers, deviants and criminals who are burdens on a state and its citizens.

As a result, the legal principle of non-refoulement has been overshadowed. This has had profoundly negative, even deadly, consequences on the already harsh realities of refugees.

Take the example of migrants, refugees and asylum seekers crossing multiple African countries in their northward trek to Europe. Their journey is fraught with the dangers of push back from countries like Libya or Morocco.

Does Africa have a particular set of challenges?

Africa hosts approximately a third of the world’s population of displaced persons, asylum seekers and refugees.

Poverty, instability, conflict and climate emergencies form the context in which people are forced to leave home and seek shelter across international borders. They then find themselves housed, often for indefinite periods of time, in already overcrowded camps.

The movement of refugees across Africa is not new. What has shifted over the past half century is the rise in numbers. Today, one in every 76 Africans is a refugee.

If we add to this the great number of internally displaced persons – often facing more dire conditions than refugees because they do not have the same access to aid from international agencies – then we see that addressing displacement, asylum and rights is of paramount importance.

Also different from before are the ways in which states manage this growing displaced population.

Previously, refugees were supported to settle in rural areas and become self-sufficient through agricultural and other endeavours. Today, many refugees are enduring protracted displacement. They are encamped, subject to state or donor support in countries with struggling economies. They are living in legal and economic limbo.

Additionally, reliance on donors from the global north has increased. The result is that refugees have become pawns in larger socio-economic and political deals.

The latest in this context is the UK’s proposed deal to send refugees to Rwanda.

Lastly, taking into account the poor human rights records that often feature in many African countries, refugee law – forged in the language of human rights and applicable to already very vulnerable people – drops from view. This has dire social and personal consequences.

The international community has an obligation to support African states and Africa’s refugees. This should be in ways that are equitable and offer actual benefits for refugees and hosts alike.

The international community must understand that the rising tide of refugees may be most intense in Africa, but is globally prevalent. Good refugee management is key to a sustainable and equitable world. Environmental crises and other global challenges mean that forced human mobility is here to stay.

Shaped by colonial legacies, and political and economic challenges, Africa remains enmeshed in relations of dependency and inequality with donor states and entities.

A clear prioritisation is urgently needed to separate responsibility for refugees from short-term economic gains or cross-border struggles. A key step would be to reposition humanitarian obligations as central to development to counter existing dynamics of dependency.

In line with the Sustainable Development Goals and their promise to leave no one behind, African states have the chance to make refugee rights key obligations of states and spearhead the issue, which is of global relevance.

African states must also take responsibility for much more efficient processing of asylum claims and resettlement, and support one another. They should link refugee protection to other core interests, such as health, youth futures and social inclusion. In this way, refugee protection and support become key features of development, which should be people-centred.

Only by honouring legal humanitarian commitments and empowering its refugees can African states develop in ways that are sustainable.

This article first appeared in The Conversation on May 18.