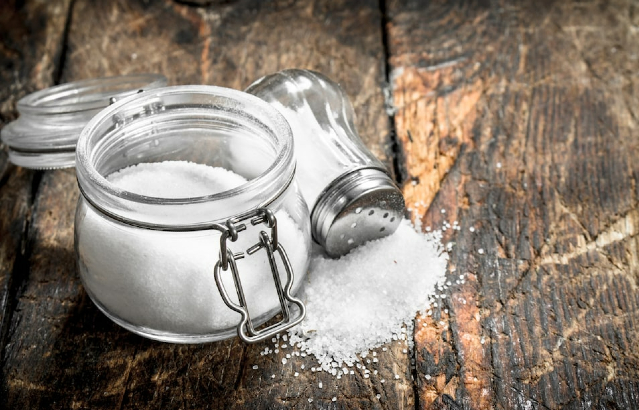 The study, the largest of its kind, used multiple 24-hour urine collections on more than 10,000 healthy adults over a period of time (which is the most accurate measure of salt intake). The findings confirm the link between salt intake and strokes and heart disease between the range of 5 and 15g/day: the lower the salt intake, the lower the risk.

The study also reaffirms that increasing potassium intake is linked to reducing strokes and heart disease. Potassium has an opposite effect in the body to salt – it can help relax blood vessels and lower blood pressure. Rich sources of potassium include fruits, leafy greens, beans and nuts.

There is very strong evidence that increasing salt intake causes a rise in blood pressure, which is responsible for 60% of all strokes and 50% of all heart disease, but a few studies had suggested that lower salt intakes might be associated with increased mortality. These studies have been strongly criticised as they use inaccurate methods of assessing salt intake and only measured it on a single occasion.

The authors of the new study conducted a pooled analysis of six prospective cohort studies. The researchers analysed the individual salt and potassium excretion data and the number of people suffering and dying from stroke and heart disease. The data came from multiple 24-hour urine samples that were taken from more than 10,000 generally healthy adults with a study follow-up of heart disease events for an average of nearly nine years.

After accounting for a wide range of risk factors, the researchers found that higher salt intake was significantly associated with higher risk of stroke and heart disease in a dose-response manner with a daily salt intake of approximately 5-15g/day (2,000-6,000mg sodium).

Every 1,000mg per day increase in sodium excretion (equivalent to 2.5g salt) was associated with an 18% increased risk of heart disease. For every 1,000mg per day increase in potassium excretion, the risk of strokes and heart disease was 18% lower. In addition, higher sodium to potassium ratio was significantly associated with increased risk. These associations were consistent across subgroups defined according to age, sex, baseline blood pressure, weight status, and years of follow-up.

The UK was one the first countries to devise a voluntary salt reduction programme to get the food industry to slowly take out the excessive amounts of salt they add to our food. This was successful from 2003 to 2011 when salt intake fell in the UK, with reductions in blood pressure and fewer deaths from strokes and heart disease. Many other countries have copied this programme, with some going one step further in legislating to ensure the food industry comply. The UK has stuck to a voluntary approach, with the food industry put in charge (The Department of Health’s Responsibility Deal). However, population salt intake has not changed since 2014.

Professor Graham MacGregor, Professor of Cardiovascular Medicine at Queen Mary University of London, Chairman of Action on Salt and co-author of the study said: “Without doubt, this robust global evidence supports salt reduction, and will reduce the number of people dying and suffering from strokes and heart disease, which remain the biggest cause of death in the UK. Reducing salt is the most cost-effective measure to lower blood pressure and reduce health inequalities. For too long the UK Government has allowed the food industry to be in charge of public health at our expense. The new Office for Health Improvement and Disparities must now get the food industry, either by legislation or taxation, to reduce the salt that they add to the food we buy.”

Professor Feng He, Professor of Global Health Research at Queen Mary University of London and co-author of the study, said: “When studies are carried out properly, the link between salt intake and cardiovascular disease is clear. We should therefore no longer be questioning the science but take direct action to lowering the amount of salt we consume. Recommendations have been put in place to reduce population salt intakes for many years now: it’s time to act.”