This Eid, Social Action for Health and Queen Mary University of London are calling on Bangladeshi and Pakistani communities to take part in world’s largest genetics study into people of their heritage, to help scientists understand and treat the causes and consequences of poor health. 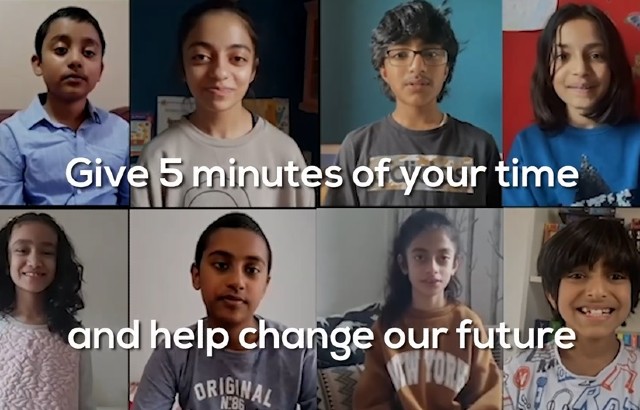 Screenshot from Our Genes Our Health campaign video

People of Bangladeshi and Pakistani origin have some of the highest rates of heart disease, type 2 diabetes and poor health in the UK. Social Action for Health (SAfH), a health inequality and community development charity, wants people to act to change this.

Breaking the cycle of health inequality

The research study, Genes & Health, aims to help fight against major diseases and SAfH are raising awareness of the study and encouraging people to take part. Genes & Health are hoping to get the attention of British Pakistanis and Bangladeshis by sharing a video they have produced with the help of members of the local Pakistani, Bangladeshi communities and Centre of the Cell Youth Membership Forum.

The video features children filmed in their own homes highlighting the diseases they are more at risk of developing and making a plea to their community to give five minutes of their time to provide a once in a lifetime saliva sample and fill in a short form to help change their future. This will contribute to breaking the cycle of health inequality, improving medications and treatment and increasing representation of these groups in medical research improving health and life chances for future generations.

Resarch made possible by Genes & Health volunteers is already making a difference. For example, data from Genes & Health has helped show that one of the reasons some British Bangladeshi and British Pakistani people have very severe covid-19 is because an inherited genetic risk factor is 4 times more common in the South Asian community.

By volunteering this Eid and beyond, British Pakistani and Bangladeshi can join almost 50,000 people already signed up to give the gift (#GiveAGiftForEid) of a saliva sample to improve their community’s representation in a health research.

A further 50,000 people are needed, so the team is asking people 16 and over, who are of Bangladeshi, British-Bangladeshi, Pakistani or British-Pakistani heritage, to donate a saliva sample. For more information, or to take part, click here.

‘An urgent need to better understand ill health in these communities’

Dr Sarah Finer at Queen Mary University of London, said: “As a doctor and researcher working in east London, I see the huge impact of conditions such as type 2 diabetes, heart disease and depression have on British Bangladeshis and Pakistanis. There is an urgent need to better understand the causes and consequences of ill health in these communities who are disproportionately affected by health conditions and under-represented in many research studies.

“Genes & Health is a unique programme of research, focusing on health and disease in British Bangladeshis and Pakistanis. It brings together a network of world-class researchers who are making important new discoveries, including on COVID-19, type 2 diabetes, heart disease and the development of new medicines. Genes & Health research will have a big impact on health and disease in the long-term, and will help redress inequalities that exist currently. Genes & Health thanks the almost 50,000 volunteers who have helped make it a success so far and looks forward to many new volunteers joining us this Eid”.

Ceri Durham, CEO at SAFH, said: “Social Action for Health’s mission is to work alongside diverse communities in East London and inspire them to take action to live healthier lives. We believe that by people engaging with this research, not only will health inequalities be addressed, but it will inspire more medical studies to engage with a more diverse and representative group of beneficiaries.

“The parents of these children wanted to be involved in making this video because they want a better, healthier future for themselves and their communities. They have something important to say and we should all be listening. We've had very positive feedback from parents, who are committed to tackling health inequalities as much as we are.”

‘This is about the future of our children and grandchildren’

Farah, a parent of two children who took part in the video, said: “It’s heart-breaking to see that from one generation to the next we are carrying conditions like diabetes with us. This needs to stop. This impactful video shows how our innocent children may in the future suffer from these medical conditions when they can be prevented.

“We hope that the shock tactic our video has will wake up the South Asian community into taking positive action and this is why my children agreed to take part and why I wanted them to be in this campaign. This isn’t all about us, it’s about the future of our children and grandchildren."

The study is funded by the Wellcome Trust and Barts Charity, sponsored by Queen Mary University of London, and reviewed and approved by London South East National Research Ethics Service Committee.