Quark-gluon plasma flows like water, according to new study

What does quark-gluon plasma – the hot soup of elementary particles formed a few microseconds after the Big Bang – have in common with tap water? Scientists say it’s the way it flows. 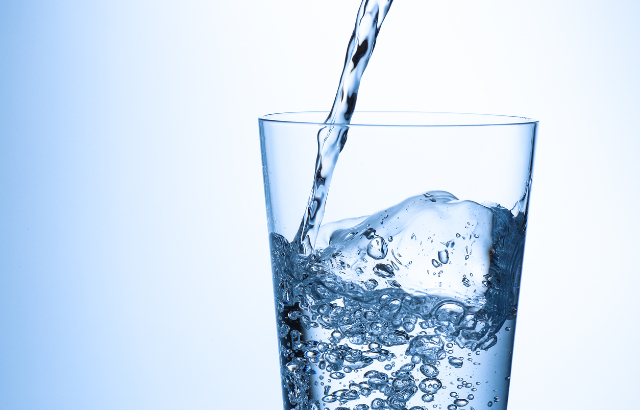 A new study, published today in the journal SciPost Physics, has highlighted the surprising similarities between quark-gluon plasma, the first matter thought to have filled the early Universe, and water that comes from our tap.

The ratio between the viscosity of a fluid, the measure of how runny it is, and its density, decides how it flows. Whilst both the viscosity and density of quark-gluon plasma are about 16 orders of magnitude larger than in water, the researchers found that the ratio between the viscosity and density of the two types of fluids are the same. This suggests that one of the most exotic states of matter known to exist in our universe would flow out of your tap in much the same way as water.

What is quark-gluon plasma?

The matter that makes up our Universe is made of atoms, which consist of nuclei with orbiting electrons. Nuclei consist of protons and neutrons known collectively as nucleons and these in turn consist of quarks interacting via gluons. At very high temperatures - about one million times hotter than the centre of the Sun- quarks and gluons break free from their parent nucleons and instead form a dense, hot soup known as quark-gluon plasma.

It is thought that shortly after the Big Bang the early Universe was filled with incredibly hot quark-gluon plasma. This then cooled microseconds later to form the building blocks of all the matter found within our universe. Since the early 2000s scientists have been able to recreate quark-gluon plasma experimentally using large particle colliders, which has provided new insights into this exotic state of matter.

The ordinary matter we encounter on a daily basis are thought to have very different properties to the quark-gluon plasma found in the early beginnings of the Universe. For example, fluids like water are governed by the behaviour of atoms and molecules that are much larger than the particles found in quark-gluon plasma, and are held together by weaker forces.

However, the recent study shows that despite these differences the ratio of viscosity and density, known as the kinematic viscosity, is close in both quark-gluon plasma and ordinary liquids. This ratio is important because the fluid flow does not depend on viscosity alone but is governed by the Navier-Stokes equation which contains density and viscosity. Therefore, if this ratio is the same for two different fluids these two fluids will flow in the same way even if they have very different viscosities and densities.

The power of physics

Previous research found that in that limit, fluid viscosity is governed by fundamental physical constants such as the Planck constant and the nucleon mass. It is these constants of nature that ultimately decide whether a proton is a stable particle, and govern processes like nuclear synthesis in stars and the creation of essential biochemical elements needed for life. The recent study found that it is this universal lower limit of viscosity of ordinary fluids like water which turns out to be close to the viscosity of quark-gluon plasma.

Professor Kostya Trachenko, Professor of Physics at Queen Mary University of London and author of the recent paper, said: “We do not fully understand the origin of this striking similarity yet but we think it could be related to the fundamental physical constants which set both the universal lower limit of viscosity for both ordinary liquids and quark-gluon plasma.”

“This study provides a fairly rare and delightful example of where we can draw quantitative comparisons between hugely disparate systems,” continues Professor Matteo Baggioli from the Universidad Autónoma de Madrid. “Liquids are described by hydrodynamics, which leaves us with many open problems that are currently at the forefront of physics research. Our result shows the power of physics to translate general principles into specific predictions about complex properties such as liquid flow in exotic types of matter like quark-gluon plasma.”

Understanding quark-gluon plasma and its flow is currently at the forefront of high-energy physics. Strong forces between quarks and gluons are described by quantum chromodynamics, one of the most comprehensive physical theories that exist. However whilst quantum chromodynamics provides a theory of strong nuclear force, it is very hard to solve and understand quark-gluon plasma properties using this alone.

“It is conceivable that the current result can provide us with a better understanding of the quark-gluon plasma,” added Professor Vadim Brazhkin from the Russian Academy of Sciences. “The reason is that viscosity in liquids at their minimum corresponds to a very particular regime of liquid dynamics which we understood only recently. The similarity with the quark-gluon plasma suggests that particles in this exotic system move in the same way as in tap water.”