This piece by Dr Sophie Harman, Professor of International Politics at Queen Mary, was originally published in The Conversation and discusses the US agreement to support a waiver of the Trade Related Intellectual Property Rights (TRIPs). 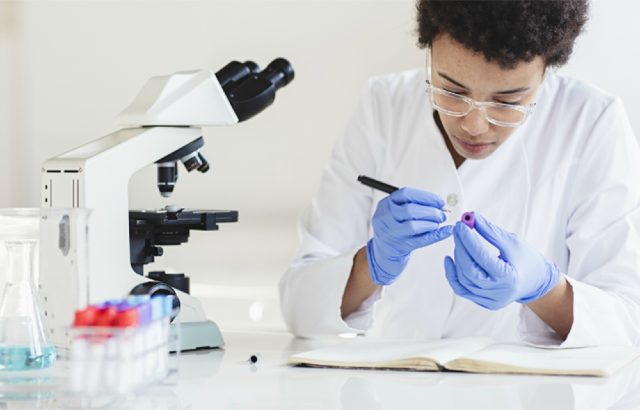 In a momentous shift, the US recently agreed to support a waiver of the Trade Related Intellectual Property Rights (TRIPs) agreement at the World Trade Organisation (WTO). The waiver backed by the US would suspend intellectual property rights on vaccines.

Until the announcement, the US, alongside the European Union, Norway, Canada, Australia, the UK, Switzerland, Brazil and Japan, had been steadfast in their position that stringent patent protection is key to vaccine supply and the global effort to tackle COVID-19.

But proponents of the waiver argued that the temporary suspension of intellectual property rights was key to achieving vaccine equity and global health security. India and South Africa, with the support of over 100 countries, have been passionately making this case from inside the WTO since October 2020. Their call is for a braoder waiver – one that would cover patents and trademarks on all products required to fight COVID-19 for the duration of the pandemic.

Beyond the WTO, members of global civil society view the waiver on vaccines as essential to securing a “People’s Vaccine” which is universally available to all, free at the point of delivery.

Washington’s support for a TRIPs waiver may, therefore, seem like a substantive win. This is especially so when considered against the backdrop of the horrors unfolding in countries such as India.

But this move marks the start of the battle, not the end of the war. Much remains to be resolved before the waiver is translated into increased vaccine supply.

The devil is in the detail

First, the problem is less about permission and more about how the waiver may work. WTO rules already allow for the temporary suspension of intellectual property rights in situations of public health emergencies like the COVID-19 pandemic. The 2001 Doha Declaration re-affirmed that states can issue compulsory licenses on patented drugs in order to produce generic versions at quicker and more affordable rates. The 2005 TRIPs amendment further clarified that countries without manufacturing capacity or insufficient demand can import generic versions of drugs with the cooperation of producing or exporting states.

In other words, countries with surplus capacity could already be producing generic versions of COVID-19 vaccines. These could be for domestic use and for export to countries lacking domestic manufacturing capacity.

The question is how to translate rights under WTO rules into access to medicines on the ground. The 2005 TRIPs amendment has only ever been used once in 2007 when Canada supplied generic antiretroviral drugs to Rwanda. Those involved subsequently criticised the amendment for being overly bureaucratic, costly and complicated.

The TRIPs waiver is only a progressive move if it helps to expedite the generic production and export of affordable vaccines (and related medical products), beyond what is already permissible under the existing rules.

Second, the details of the COVID-19 vaccine waiver are still to be worked out and require consensus among the WTO membership. This could take months, years, or even prove to be impossible. US support is a major step toward agreement. But other countries that see the intellectual property regime as part of the solution, not the problem, may yet hold out against the waiver. Momentum of support and effective trade and health diplomacy is key.

Third, the Biden administration has only indicated that it would be willing to waive patent protection for vaccines. This is insufficient. In line with the original proposal made by India and South Africa at the WTO, the waiver should apply to all medical products. These include treatments, diagnostic kits, ventilators, crucial manufacturing components, and protective gear. This is important if the waiver is to help combat COVID-19.

Fourth, the poorest countries will still be unable to produce vaccines. Even if WTO members approve it, the waiver will be more form than substance. Pharmaceutical companies may need to be incentivised to share knowledge and build capacity in developing countries to produce quality, generic versions of the vaccines. The TRIPs agreement mentions technology transfer numerous times, particularly to the least developing countries.

…recognising the desirability of promoting the transfer of technology and capacity building in the pharmaceutical sector in order to overcome the problem faced by Members with insufficient or no manufacturing capacities.

However, as with all such “best endeavour” clauses in the WTO, nothing has been done to make this supposed aspiration a reality.

Finally, we need to ensure the waiver is progressive. Tampering with the TRIPs amendment risks rolling back existing flexibilities. The roll back will happen if there is a restriction on the types of products for which a compulsory licence can be issued. It will also happen if limits are placed on the export of generic versions of the vaccines to those countries with no manufacturing capacity. Time limitations will also roll back existing flexibilities. Emergency measures to respond to COVID-19 must not cause harm for long term flexibilities on patents and licensing.

The next battle: technology and production

A TRIPs waiver on its own will allow access to patents. But such patents are only a part of the barriers to countries beginning to expand manufacturing.

Making vaccines is complicated – much more so than many other pharmaceutical products – and technology and know-how will be crucial to expand supply. This point is frequently raised by critics of the waiver. They argue that there is insignificant existing production capacity that can be brought online even if freed of patent obligations.

However, there is evidence that unutilised capacity is available. For example, the Canadian pharmaceutical company Biolyse has been seeking a compulsory licence to produce viral vector vaccines like the Johnson and Johnson vaccine for export to developing countries. Such a step would be compliant with both the TRIPs agreement and the Canadian Access to Medicines Regime.

If the necessary technology sharing does not take place, governments are going to need to provide greater incentives to bring it about. They are, in short, going to need to make good on some of the promises for technology transfer and capacity building made in the TRIPs agreement all the way back in 1995.

This opinion piece was originally published in The Conversation on 12 May 2021.