Sadiq Khan re-elected: What London mayor’s priorities should be for second term

Farah Hussain, a PhD Researcher from Queen Mary's School of Politics and International Relations, has written an opinion piece for The Conversation about Sadiq Khan's re-election and his plans for the next three years. 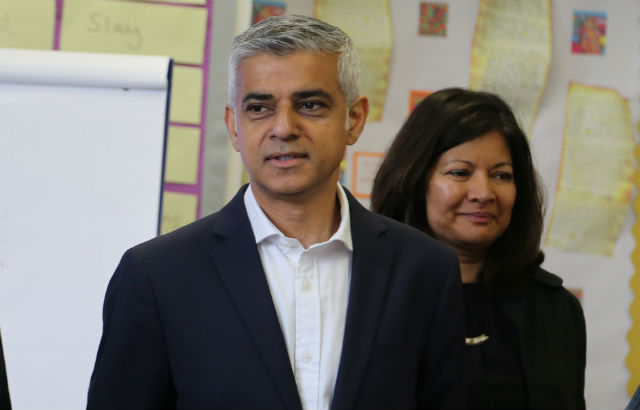 Sadiq Khan’s victory over the Conservatives’ Shaun Bailey was hailed as inevitable months before the polls closed on Thursday. Polls such as the Mile End Institute/YouGov survey of Londoners at the end of March showed a massive 21-point lead for the former Tooting MP in the mayoral contest. In the end, the result was much closer than predicted, with Khan receiving 55.6 % of first and second preference votes, and Bailey on 44.8%.

Although Bailey’s campaign was characterised by a series of blunders, mistakes and questionable views which saw him written off by even the Conservative Party, he did much better than expected.

The next three years

After a closer than anticipated run, the mayor will want to make sure that he starts the next term well.

His plans to aid the capital’s recovery from the pandemic were the centrepiece of his re-election campaign, promising a London that is “greener, fairer and safer” in the future. As part of making this promise a reality, he must work with borough administrations to invigorate high streets and bring jobs to the areas where London is growing: the suburbs.

It remains to be seen whether the corporate exodus from central London will bear out. However, ensuring that the centre retains its vibrancy and nightlife should also be a priority. The capital makes a great deal of money out of tourism and many jobs rely on it.

The UK government attached unpopular strings to the bailout of Transport for London it agreed with City Hall. With these funding restrictions in place and public transport usage still much lower than usual, Khan faces a tough battle to get the network making money again, not to mention Crossrail back on track.

The housing and homelessness crisis in the capital is set to get worse once evictions from the private sector start up again, furlough ends and the effects of the UK government’s policies to further inflate the housing bubble begin to show.

Khan has done well over the last five years to fund new homes at affordable rent levels but they are a drop in the ocean compared to the number of homeless families in need of subsidised housing. Building on the successful “everyone in” policy to get people sleeping rough off the streets during the pandemic is key to making sure that London does not see a return to the high levels of street homelessness that saw a man die outside parliament three years ago.

Meanwhile, the death of Sarah Everard, the police’s treatment of women at a vigil for her, and ongoing accusations of institutional racism mean that the Metropolitan Police is in the public spotlight. There has been a rise in violent crime, with knife crime often in the headlines.

The mayor has a tough balance to strike here. He is proudly liberal and a champion for London’s open values. He is also the equivalent of a police and crime commissioner. With the current head of the Metropolitan Police, Cressida Dick, unlikely to have her contract extended next year, Khan faces a tough search to find someone who will work with London’s communities to ensure the police serves them and makes the city a safer place to live.

This opinion piece was originally published in The Conversation on 9 May 2021.