A new book, co-authored by academics from Queen Mary University of London, explores the contentious relationship between trade and labour, and the impact of the EU’s ‘new generation’ free trade agreements on workers. 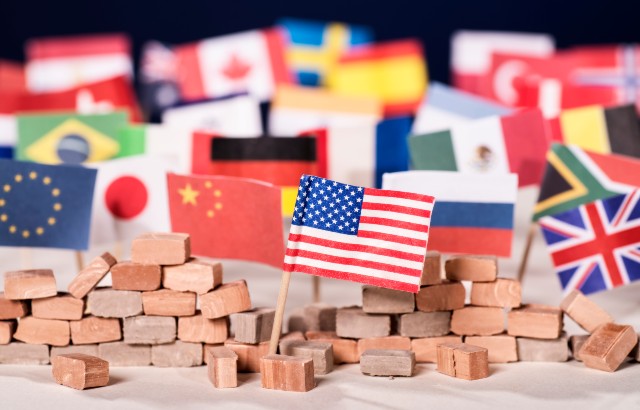 Free Trade Agreements can have an impact on workers' rights

The EU believes trade can work for all, claiming that labour provisions in its Free Trade Agreements (FTAs) ensure that economic growth and high labour standards go hand-in-hand. Yet whether these actually make a difference to workers is strongly contested.

Drawing upon extensive original research, including over 200 interviews with key actors across the EU and its trading partners, the book, Free Trade Agreements and Global Labour Governance, considers the effectiveness of this approach and explores how meaningful trade agreements are in practice when it comes to workers’ rights.

The EU claims that the potentially negative impacts of FTAs on workers, and working conditions in partner countries, through increased competition, is countered by labour standards in its Trade and Development  (TSD) Chapters, however this research tells a different story.

According to the findings, the labour provisions of the EU’s agreements with countries such as South Korea and Moldova were limited. The researchers found that such agreements were lacking when it came to labour standards, with the most pressing workplace concerns being exacerbated by the agreements’ commercial provisions.

Professor Adrian Smith, Professor of Human Geography at Queen Mary, and lead author of the book said: “A crucial aspect of the research involved understanding the increasing role that global supply chains play in the process of trade-labour governance. Labour provisions in trade agreements will need to tackle the complex and inter-twined nature of the commercial pressures in global supply chains if they are ever to make meaningful in-roads into maintaining and improving international labour standards.”

Professor Liam Campling, Professor of International Business and Development at Queen Mary and co-author of the book said: “We spent three years researching this question in relation to EU trading partners, including Guyana, Moldova and South Korea, and we found that both the design and implementation of TSD chapters are wanting.

“Not only are they the only element of EU FTAs where a full dispute settlement mechanism with teeth does not apply, they often fail to protect the most vulnerable workers and the EU tends to be very reluctant to act to trigger an investigation.”

Implications for the EU-UK Trade and Cooperation Agreement

The research also has implications for the recent EU-UK Trade and Cooperation Agreement signed at the end of last year. The EU maintains that the UK should not engage in unfair labour competition however one concern has been that the UK may diverge from EU labour standards norms, particularly in light on the recession facing countries in the wake of the Covid-19 pandemic.

The EU claims that TSD chapters discourages partners from engaging in a race to bottom and using deregulation of labour standards to compete. On the one hand, recent proceedings initiated by the EU against South Korea for abuse of labour rights  - the first of its kind in an EU FTA - suggests that this will be an issue which is closely monitored. On the other hand, a dispute settlement finding in January 2021 produced an ambiguous result, making it hard for the EU to leverage labour reforms in South Korea.  Professor Campling added: “This puts a dampener on domestic UK constituencies looking to the EU to counter calls from within the Conservative front bench to roll back labour standards and working conditions.”