Dr Karl Pike, Lecturer in British Politics/Public Policy at Queen Mary University of London has written for the Conversation on Keir Starmer's speech at the Labour Party Conference in Brighton. 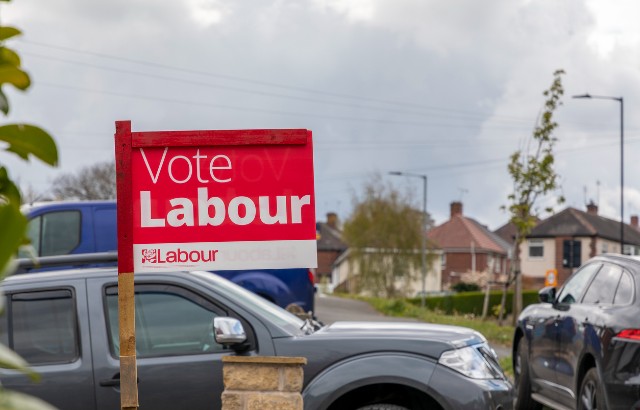 Keir Starmer’s first in-person conference speech as Labour leader covered a lot of ground, though there was no single piece of rhetoric to act as a governing idea. It wasn’t an Ed Miliband “one nation” moment.

There was, though, a clear message: that Starmer represented a “serious” politics. He used this frame to respond to interruptions from some internal critics in the hall, and to set himself apart from Boris Johnson.

Speaking for well over an hour, Starmer shared stories about his life, his parents and his career leading the Crown Prosecution Service. There were big cheers for Labour’s achievements in office, for the Labour government in Wales, and for the objective of Labour winning the next election.

“Down to earth. Working out what’s wrong. Fixing it,” the Labour leader said at one point. This appears to be the Starmer ethos. He used the word “plan” again and again, deriding the absence of a plan from the government, and detailing his policy objectives in health, education and the economy.

When he wanted to contrast his approach with Labour’s recent past, it was the same theme: “We will never under my leadership go into an election with a manifesto that is not a serious plan for government.” Many stood and clapped – some didn’t, but the audience seemed to warm to his themes as the speech went along.

From Starmer’s perspective, Labour’s conference has had its ups and downs. There were the expected heckles from Starmer’s internal critics in the conference hall, and he came with some prepared responses: “Shouting slogans or changing lives?”

The conference got underway with a row about changes to the way Labour elects its leader – some of which Starmer dropped (following opposition from the unions), and some of which he secured. The status of Starmer’s commitments from his leadership campaign in early 2020 have also been in the background – with the left of the party raising concerns about common ownership, and whether Starmer is shifting, without much debate, away from pledges he made 18 months ago.

All of this provided the backdrop for some of the interruptions in the hall, in addition to the campaign from some within the party for a £15 minimum wage.

Man with a plan

Starmer seemed most confident in his political rhetoric when talking about policy detail. Understandably for a former director of public prosecutions, he emphasised the importance of “the fight against crime” being a Labour issue.

His comments on care and education were detailed, and Starmer tried to encapsulate his plans in values-based rhetoric. At times, these parts of the speech became a bit of a list. There was language about the importance of bringing together the “good society” and a “strong economy”, which perhaps could have featured earlier as a theme. Again, the underlying message seemed to be management rather than sloganeering.

This is an approach that could divide opinion. Some will see it as a promising dividing line against Johnson, though perhaps alongside concerns that it isn’t sufficiently distinctive. Others will see it as superficial, others perhaps even problematic for a party that keeps losing to the Conservatives. Indeed, Starmer did mention slogans in the speech –- Conservative ones – as he responded to “levelling up” and “Get Brexit Done”.

On his style of leadership, and the contrast with Johnson, Starmer said: “The one thing about Boris Johnson that offends everything that I stand for is his assumption that the rules don’t apply to him.” He described the prime minister as a “trivial man” with – you guessed it – “no plan”.

At one point, Starmer told a story from his summer tour about a doctor and a robot -– a story of medical and scientific advance to signify a role for government in supporting innovation. He avoided rhetorical flourish when describing all of this, where you can imagine Boris Johnson taking a quite different approach.

From the critique of the Conservatives, he returned to Labour. “If they’re so bad,” he said, “what does it say about us? After all, in 2019 we lost to them.” The answer, he suggested, was to get “serious”.

Starmer’s policy focuses in the speech (mental health and education) are certainly among the public’s priorities in the context of desires to “build back better” after the pandemic.

If he continues to reiterate these priorities, they could provide the basis for a policy offer over the coming years -– indeed, there have been many policy announcements at this year’s Labour’s conference, some of which Starmer summarised or announced ahead of the speech: investment in green industries, pledges to improve mental health services and investment in schools – all of which will have gone down well with party members.

This brings me back to the speech and a clear governing idea. Watching the whole speech, the theme of a “serious plan” came across quite strongly. And this theme was unsurprising -– Starmer has, for some time, wanted to draw a contrast between his political style and how he characterises Johnson’s.

Much of the story of this conference has been about party management -– a leadership wanting flexibility, and to change perceptions, with Starmer as a “serious” figure. Yet there was no obvious piece of rhetoric bringing Starmer’s political vision together, something representative of Labour’s policy and politics. Questions over whether this will be enough for Labour, and about Starmer’s political strategy, look set to continue.

This article was first published in The Conversation on 30 September.