Covid coup: how Myanmar’s military used the pandemic to justify and enable its power grab

Dr Ronan Lee, Visiting Scholar at Queen Mary's International State Crime Initiative has written an opinion piece for The Conversation in which he explains how the Myanmar military have been able to take advantage of the Covid-19 pandemic. 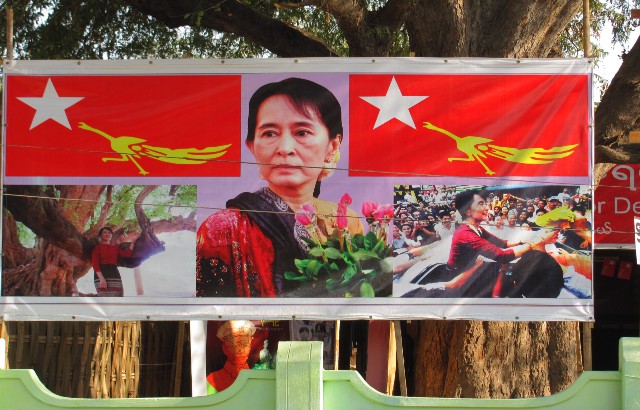 Myanmar’s popular leader, Aung San Suu Kyi, has been in custody since the country’s military seized power in a coup

The new charge carries a maximum three-year prison sentence. But an amendment to Myanmar’s penal code instituted by the junta on February 14 permits the army to detain people without having to go to court.

Aung San Suu Kyi was arrested on February 1 along with other members of the NLD government which had been re-elected in a landslide in December. She was charged with possession of illegally imported walkie-talkies. But the decision to level this additional charge of breaching Covid restrictions is consistent with the way the military has used the pandemic to gain and cement power after the coup. This should alarm both democrats and public health officials the world over.

Colleagues at the International State Crime Initiative, Neve Gordon and Penny Green, have described how some governments “exploited the Covid-19 crisis” to introduce policies such as increased surveillance and emergency security measures that “undermine democratic principles and violate the civil and political rights of both citizens and migrants”.

In Myanmar’s case, the military has relied on the pandemic to justify its power grab at three key junctures: to help create a justification for the coup, to undertake the coup, and to embed post-coup rule.

A key justification for the coup presented by the military is the claim that last November’s national election was substantially unfair. The election was run amid rising Covid-19 infections throughout the country. Myanmar was extremely vulnerable to Covid-19, and was hit particularly badly – with one of south-east Asia’s highest death tolls. But in this health crisis, military supremo Min Aung Hlaing saw political opportunity.

As the virus took hold and the election approached, it was clear that Aung Sun Suu Kyi’s National League for Democracy party was on track for another win. But Myanmar’s Covid-19 spike coincided with the start of the official campaign period, leading to restrictions on campaigning – an outcome regarded as giving an advantage to the incumbent government. Ongoing conflicts between the military and ethnic minority groups prevented the electoral commission in some parts of the country from undertaking elections – there were similar issues in 2015 and vacant seats were later filled at byelections.

Aung San Suu Kyi rejected the military’s calls to postpone the election as likely to lead to a political crisis in a country where past elections have commonly been cancelled, manipulated or ignored. Weak institutional capacity, a hangover from decades of military rule, also contributed to making alternative voting methods such as mail-in balloting unfeasible for widespread use.

As expected, Aung San Suu Kyi’s government was re-elected with a landslide, while the military’s proxy party, the Union Solidarity and Development Party (USDP), received less than one-tenth of the available seats (constitutionally, a quarter of the parliament’s seats are reserved for the armed forces so are not contested at elections).

Admittedly, the military was not alone in expressing concern about conducting a general election amid the pandemic. Some ethnic minority parties and independents were concerned too. But they largely came to terms with the way the election commission conducted the poll and accepted its outcome.

The military subsequently claimed widespread electoral fraud, often framing criticisms as concern for public safety. It argued the election should not have gone ahead during the pandemic and needed to be rerun right up until undertaking the coup.

Once the decision to launch the coup was taken, the military again used Covid-19 to add a sheen of constitutionality to its power grab. Myanmar’s president, Win Myint, was arrested in a pre-dawn raid and accused of breaking Covid-19 rules during the election campaign.

Since the February 1 coup, the pandemic has also been a regular feature of the generals’ proclamations. Covid-19 has featured prominently in state media in the days following the coup, including in Min Aung Hlaing’s “Notification No. 1” which included a pledge that was really a veiled warning: “Prevention of the current outbreak of Covid-19 pandemic will be effectively carried out with momentum.”

On the face of it, during a pandemic, this appears to be a sensible way to proceed. But in post-coup Myanmar this underlines the junta’s intention to use anti-COVID measures to empower the military in preventing public gatherings and protests. The charges against Aung San Suu Kyi and other senior NLD figures are manifestations of the same cynical approach to the virus.

Using Covid-19 as a justification for the arrest of civilian leaders and to limit public demonstrations undermines trust in government measures worldwide to tackle COVID-19. It effectively reframes these measures as potentially sinister tools to increase government control, rather than as necessary public health controls. In doing so, Myanmar’s military has not only damaged the country’s progress towards democracy, but also arguably undermined global efforts to tackle the pandemic.

This opinion piece was originally published in The Conversation on 16 February 2021.