Molecular medicine approaches could improve the efficiency and sensitivity of pesticide research and evaluation, according to researchers from Queen Mary University of London. 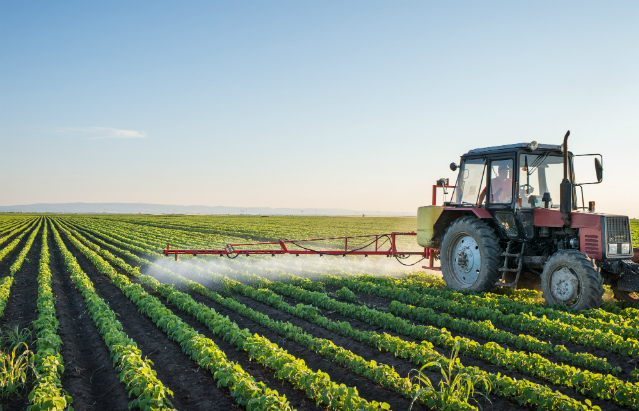 Sequencing techniques, which provide thousands to millions of measurements per sample, have already revolutionized medical research with RNA sequencing methods routinely used to assess the risks of new drugs.

In the study, published in the journal Trends in Ecology and Evolution, the researchers suggest these approaches could improve the regulation of pesticides, known to be one of the major causes behind recent declines in pollinator numbers.

Dr Yannick Wurm, Reader in Bioinformatics at Queen Mary University of London, said: “The ongoing declines of pollinators calls for major changes in how we evaluate pesticides. Governments had approved what they thought were 'safe' levels of pesticides, but we now know pesticides can reduce the learning abilities, dexterity, foraging ability and ultimately survival of pollinators.”

Traditionally, toxic effects of pesticides were evaluated by examining the survival of honeybees after exposure. Whilst new recommendations have improved testing methods, for example by encouraging assessment of both the short and long-term effects in multiple bee species, further improvements are needed to ensure the potential risks of new and existing pesticides are fully assessed.

The article suggests that the adoption of molecular diagnostic approaches could help researchers and regulatory authorities understand differences in susceptibility across a broad range of pollinator species and life stages, and identify how pesticides may interact with other pesticides or environmental stressors, such as pathogens or nutritional deficiencies.

Dr Federico López-Osorio, who was also involved in the study, said: “Whilst some experts are calling for the complete eradication of pesticide use, using molecular approaches could help to identify molecules with minimal collateral effects on our pollinators, which would help to improve the sustainability of current agricultural practices.”

In 2018, the EU commission banned the outdoor use of three common neonicotinoid pesticides due to the serious dangers they pose to pollinators.

Dr Wurm’s laboratory is one of several laying the foundations for such predictive frameworks, which are several years away from practical application. For this, they are performing experiments to understand the genes and molecules involved in pesticide responses, how these vary between pollinator species, and how their efficacy differs between pesticides.

Dr Wurm added: “We must obtain detailed understanding of the molecular mechanisms underpinning susceptibility to pesticides. We can then begin to predict which of the thousands of pollinator species might be most susceptible to specific pesticides. Similarly, we will become able to estimate the effects of new pesticides by comparing their effects on gene activity levels with those of previously studied pesticides.”