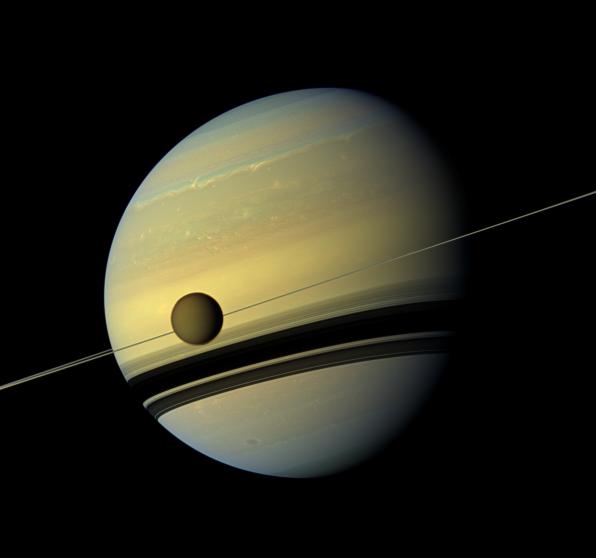 A giant of a moon appears before a giant of a planet undergoing seasonal changes in this natural color view of Titan and Saturn from NASA's Cassini spacecraft.Credit: NASA/JPL-Caltech/Space Science Institute