Helping to inspire the next generation of STEM students

In collaboration with the Evening Standard, Queen Mary staff and students are encouraging young people to explore science, technology, engineering and maths (STEM) and their impact. 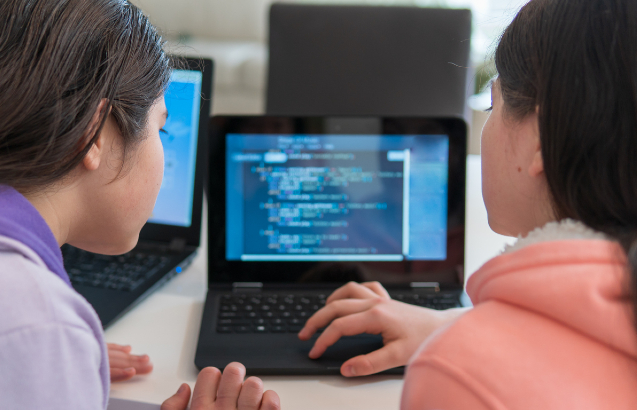 The Future London STEM project is a new series for young people to understand more about STEM subjects and how they are changing the world.

As part of this series, Queen Mary staff, students and alumni from the School of Electronic Engineering and Computer Science shared their stories of studying, teaching and working in the fields of computer science and artificial intelligence (AI).

Challenges based on activities created as part of the Computer Science for Fun (cs4fn) project were also included within the series to get young people thinking about how they might solve real-life STEM problems.

The Magic of Computer Science

In this part of the series, Professor Paul Curzon, Professor of Computer Science at Queen Mary explains the similarities between a “magic” card trick and computer algorithms.

Professor Curzon is one of the co-creators of the cs4fn project, which aims to engage students in computer science by presenting research in a fun and accessible way. His contributions to the rebirth of computer science as a school subject were recently recognised by the IEEE as he received their 2020 IEEE Computer Society Taylor L. Booth Education Award.

Queen Mary alumnus (Computer Science BSc) Winsome Yuen was also interviewed by the Evening Standard about her role as a web engineer for Spotify. You can also find out more about her role and experience at Queen Mary on our Alumni blog.

A to Z of Artificial Intelligence

Working with Dr Mike Cook, a research fellow in Queen Mary’s Game AI Research Group, the fifth part of the series explored AI and the role it plays in the creation of video games.

For this part of the series, Dr Cook uses a cs4fn activity based on the simple game of noughts and crosses to illustrate how computer programs and AI work.  It also explored different opportunities and careers in the field of AI through interviews with Nathan John, a PhD student on the EPSRC Centre for Doctoral Training in Intelligent Games and Game Intelligence (IGGI) programme and Lucrezia Del Zompo who is now doing an apprenticeship with Siemens Mobility, the transport division of the German multinational engineering company.

Before her apprenticeship, Lucrezia studied an MSc in Artificial Intelligence at Queen Mary and received one of our DeepMind Scholarships, which aim to support and encourage under-represented groups to pursue postgraduate education in the field of AI.