New insights into the impact of German reunification 30 years on

Thirty years on from German reunification, Dr Anna Raute, an academic from Queen Mary University of London, has published a working paper which sheds new light on the impact it had on women. 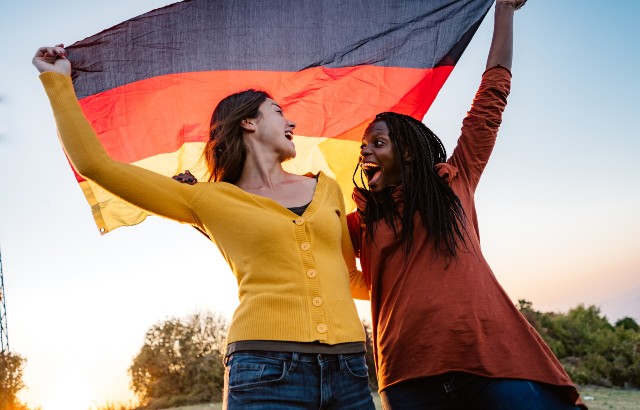 The findings also showed that women from East Germany work longer hours. However, the study also reveals that West German women who directly interacted with East German women have changed their working practices since 1990.

Whilst much has been written on the various impacts of reunification, often focusing on how the West has influenced the East, few studies have shown that the process has also worked the other way around. In the case of this study, it shows that the East also had an influence over the working culture of the West. As such the research sheds new light on the subject of German reunification, the 30th anniversary of which takes place on 3 October 2020.

Differences between East and West

The study focused on first-time mothers who gave birth between 2003 and 2006, 13 to 16 years after German reunification. These women were born on average in 1975 and therefore spent their childhoods under two very different regimes.

As a state socialist country, East Germany (German Democratic Republic, GDR) strongly encouraged mothers to participate in the labour market full-time, whereas West Germany propagated a more traditional male breadwinner model. For example in 1989 around 89 per cent of women in the GDR worked, one of the highest rates in the world, compared to 56 per cent of women in West Germany.

Prior to unification many women in the West left the labour market entirely or returned to part time positions since it was often frowned upon for women to work after giving birth. Attitudes to traditional gender roles were apparent in West Germany in the jargon used. Words such as ‘Rabenmutter’ (translates as ‘raven mother’), were derogatory terms used for working mothers. In the East non-working mothers were described as ‘Schmarotzer’ (parasites). At the time East German was one of the first countries in the world to introduce a generous maternity leave policy and make childcare freely available.

After reunification, these two cultures were suddenly thrown together, with increased social interactions between East and West Germans through migration and commuting. The findings of the study show that it is women from the East who have had an impact on their counterparts in the West and have gone on to change the norms and practices of new mums when it comes to the workplace.

West Germans influenced by the East

The study also found West German return migrants, who had lived in the East but returned to the West, still behaved similarly to their East German counterparts. According to the researchers this suggests that exposure to East German culture had a lasting impact and that West German women have taken on the norms of East Germans when it comes to combining work and family life. Moreover, large inflows of East German workers post 1990 appear to have made West German workplaces more family friendly.

Barbara Boelmann, Doctoral Researcher at University College London, added: “Another thing which surprised us was that cultural transmission seems to be asymmetric. It only works coming from a more gender traditional background changing towards a more egalitarian behaviour.”

Professor Uta Schönberg from University College London said: “Taken together, our results indicate a lasting legacy of the former GDR, both on women in the East and – through migration – on women in the West.”