Covid-19 and the transition period

Professor Tim Bale, Professor of Politics, with the School of Politics and International Relations, wrote an opinion piece for The UK in a changing Europe, about the lack of support for an online petition to delay the Brexit transition period following the coronavirus pandemic. 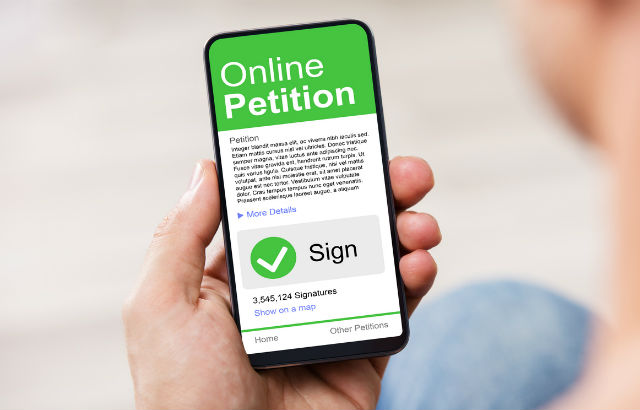 Signing an online petition via mobile

Last year, some six million people signed a petition on Parliament’s website calling for the revocation of Article 50 and for the UK to remain in the European Union.

But right now, as the covid-19 crisis threatens to overwhelm the country’s capacity to cope on all sorts of levels and yet the government continues (at least officially) to rule out extending the transition period beyond the end of this year, fewer than twelve thousand (at the time of writing) have gone on to the same website to sign a petition calling on them to do just that.

By way of comparison, that’s less than number who’ve signed one calling on the government to ‘make pet theft crime a specific offence with custodial sentences.’

What – apart, of course, from the fact that we’re supposedly a nation of animal lovers – might account for that difference?

The answer’s not immediately obvious. After all – until we get polling evidence to the contrary anyway – it seems intuitively reasonable to assume that the so-called Remoaners who wanted to stop Brexit last year would want to avoid an unduly abrupt end to transition.

As former Chancellor Alistair Darling (someone who knows a thing or two about preventing a crisis turning into a catastrophe) put it, ‘it’s madness to contemplate shooting yourself in the foot on an entirely man-made political decision at a time when you don’t need to do that’. Who knows, even some Leavers may concede he has a point?

Thinking a little harder about why so few people, and particularly so few ardent Remainers, have signed the petition, a number of explanations spring to mind. Most obviously, when it comes to the two petitions we’re admittedly talking about a difference not of degree but of kind.

For Remainers, anyway, last year’s petition was existential – in or out, all or nothing. This year’s can do little more than postpone the inevitable. As such, it’s clearly less likely to ignite the passion of your average Europhile.

And then there’s the fact that last year’s petition ultimately made no difference. ‘If the government didn’t allow over six million signatures to change its mind’, some will ask, ‘then what’s the point’?

Sure, after any petition gathers over one hundred thousand signatures it is considered for a debate in parliament. But that debate happened, and made no difference.

The petition to delay transition reached ten thousand signatures on the night of 17/18 March, which means that, while it has a way to go to reach the threshold for debate, it does at least require a response from government – one that should (in normal times anyway) come within 21 days.

But as the Hansard Society’s Brigid Fowler has pointed out, there is nothing to stop said response saying anything more than ‘s.33 EU (WA) Act 2020 makes UK government agreement to a transition extension unlawful.’

Most people won’t have a clue about that of course. But they probably don’t have to in order to be sceptical as to whether a government response will achieve much in the way of concrete action.

Another possibility is that people reckon that said extension is going to happen anyway. It makes such obvious sense in the circumstances – and, if they’re fans of the always impeccably well-informed Peter Foster  – they may have read that some in the government are strongly hinting at just that.

Persuasive? Not totally – and not just because the entire population don’t read Peter’s tweets, even when they so obviously should do. After all, the same air of inevitability surrounded the government’s decision on 18 March to close schools.

Of course, few if any of those who signed that petition were likely to have worried that it might spark a counter-reaction – something that could perhaps be a concern among those who’d like to see the transition extended but fear that actively campaigning for it might mobilize Brexiteer opinion against it.

All a bit reminiscent of a victim of coercive control treading on egg-shells lest they set off their angry other-half, but similarly understandable perhaps.

The same consideration might be preventing high-profile, pro-European politicians supporting the postpone petition, as they did on the Article 50/Remain one last year, and therefore failing to provide an important cue for ordinary folk to go sign it.

And those same politicians might also be (equally understandably) worried that adding their voice to the cause might see them accused of politicising the covid-19 crisis – an accusation that no sensible person in public life wants to have to face right now.

But, in the end, perhaps, none of the above explanations trump the most obvious one – namely that none of us right now can really think of anything much else than the immediate threat posed by covid-19.

As a result, the end of transition (assuming we’re aware in the first place that Brexit’s not really ‘done’ without it ending) seems – quite wrongly of course – a very long way away indeed.

This opinion piece was originally published in The UK in a changing Europe on 19 March 2020.