There is a significant association between the rise of populism across Europe and the level of mistrust around vaccines, according to a study by Queen Mary University of London.

A stock image of someone receiving a vaccination. Public concern about vaccines is increasing.

Lead author Dr Jonathan Kennedy from Queen Mary’s Global Public Health Unit at the Blizard Institute, said: “It seems likely that scientific populism is driven by similar feelings to political populism, for example, a profound distrust of elites and experts by disenfranchised and marginalised parts of the population.

“Even where programmes objectively improve the health of targeted populations, they can be viewed with suspicion by communities that do not trust elites and experts. In the case of vaccine hesitancy, distrust is focused on public health experts and pharmaceutical companies that advocate vaccines.”

Professor Sophie Harman, an expert on global health politics from Queen Mary’s School of Politics and International Relations, who was not involved in the research, commented: “Like restrictions on reproductive rights, anti-vaccination rhetoric has long been the canary in the coal mine for populism.” 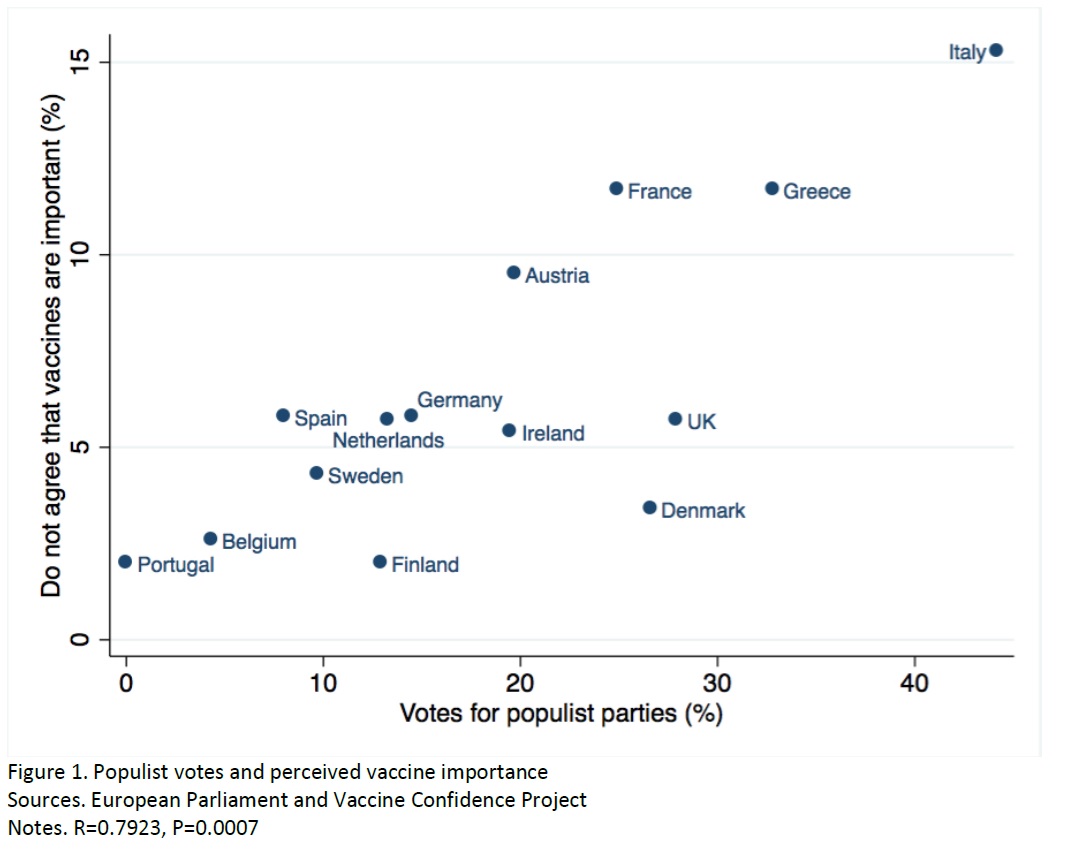 The most prominent example is Italy. The Five Star Movement (5SM) have raised concerns about vaccine safety and the link between MMR and autism. It is argued that these concerns caused MMR vaccination coverage to fall from 90 per cent in 2013 to 85 per cent in 2016, and resulted in an increase in measles cases from 840 in 2016 to 5000 in 2017. Despite this, the upper house of the Italian Parliament—bolstered by newly elected representatives from 5SM and League—recently passed a law to repeal legislation that makes vaccines compulsory for children enrolling in state schools.

Further afield in the US, Donald Trump has met well-known anti-vaccination campaigners, including Wakefield, and expressed sympathy with their ideas. For example, in 2014 he tweeted: ‘Healthy young child goes to doctor, gets pumped with massive shot of many vaccines, doesn’t feel good and changes—AUTISM. Many such cases!’