More than 25 academics from Queen Mary University of London are taking part in the 2019 Pint of Science Festival at several pubs across London from 20 – 22 May. 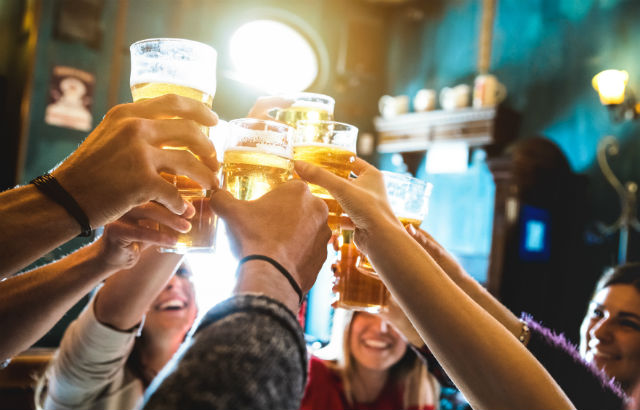 Pint of Science is an international three-day festival, taking place in over 300 cities across 24 countries. Founded seven years ago by two UK researchers, the festival brings a unique line up of talks, demonstrations and live experiments to the nation’s favourite watering holes.

Researchers working across a range of scientific disciplines will discuss this year's theme of ‘What Next?’

Queen Mary researchers will be speaking at several pubs across the city, including The Griff Inn E1,The Devereaux WC2, The White Hart Brew Pub E1 and The Castle EC1.

Tickets are available from the Pint of Science website with each evening costing £4. Attendees in London will enjoy a variety of exciting talks including:

Genome editing is an exciting new technology, with huge potential to transform human health. But with big potential comes big controversy: just because we can edit someone’s DNA, should we? Professor Richard Ashcroft from Queen Mary’s School of Law will set up the ethical debate, reflecting on the current status of the controversy morally, socially and scientifically.

Dr Gioia Mosler from Queen Mary’s Blizard Institute will speak about the facts, figures and truths about air pollution in London with a focus on how and where polluted air might affect us personally.

Bringing back the personal touch to science

Alongside the main talks, each evening will also include a range of fun, science-related activities including games, science comedy, fun quizzes, geeky puzzles, engaging stories and other interactive activities.

Giuila De Rossi, Queen Mary Pint of Science Coordinator said: “My favourite part of Pint of Science is the Q&A session, it’s very rewarding to see the public so genuinely interested and engaged.”

Pint of Science was established seven years ago by a group of UK-based postgraduate and postdoctoral researchers. Festival founders Dr Praveen Paul and Dr Michael Motskin wanted to bring back the personal touch to science, giving everyone the chance to meet the real people behind the incredible research taking place across the globe.

Director Dr Callam Davidson said: “As the festival enters its seventh year, we're absolutely thrilled to have Pint of Science reaching more people than ever before.

“This year's festival will feature some fantastically creative events cooked up by our endlessly ambitious volunteers, showcasing some of the nation's most brilliant researchers in their local pubs and cafes.

“This year has been a big one for Pint of Science, and we see some very exciting things on the horizon - join us for a pint in May and we'll tell you all about it!”