The causes of persistent high levels of anaemia among Peruvian children will be investigated by a new study led by Queen Mary University of London and the Instituto Nacional de Salud del Niño (INSN), in collaboration with Universidad Nacional Intercultural de la Amazonia (UNIA) and Universidad Nacional San Christobal de Huamanga in Peru. 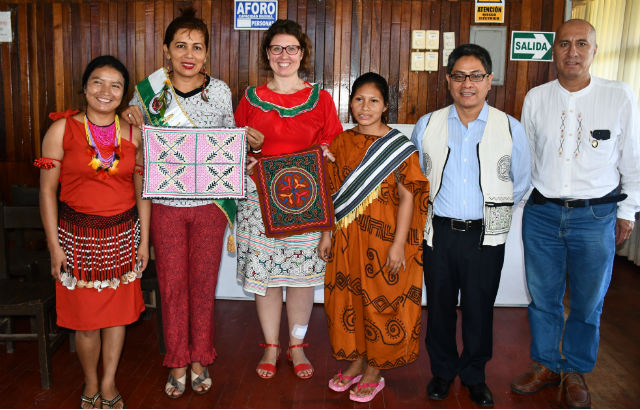 The research project involving 300 pairs of mothers and babies across Peru is funded by the Medical Research Council, United Kingdom Research and Innovation (UKRI) and the Peruvian government, and was launched on Saturday 22 June at UNIA in Pucallpa, Peru, with high-level representatives of the regional government, Ministry of Health and the Mayor of Yarinacocha.

The ARPEC project (Anemia Research Peruvian Cohort) will study the environmental and nutritional factors that affect iron balance in Peruvian babies, from birth to their first year of life. Children and their mothers will be studied in three different regions in Peru, in the coast (Lima), Andes (Ayacucho) and the Amazon rainforest (Pucallpa).

A disease of poverty

Anaemia is a condition in which the blood lacks adequate healthy red blood cells. In 2011, the WHO reported a 43 per cent prevalence of anaemia in children worldwide, most of which was attributed to iron deficiency anaemia (IDA) which can be caused by malnutrition, contaminated water and early childhood infections. IDA can lead to extreme fatigue, weakness, chest pain, heart palpitations, shortness of breath, headache, dizziness and poor appetite. 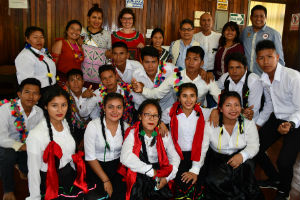 Anaemia is understood as a disease of poverty. But despite increased economic growth in Peru since the beginning of the 21st century, for reasons that are unclear, Peru still has a large proportion of children with IDA, affecting more than 50 per cent of children aged 6 to 35 months in 2000-2010.

Lead researcher Dr Doreen Montag from Queen Mary's Blizard Institue said: “Anaemia is presenting a huge hazard to the future of Peruvian children and their adult health. However, the roots of this problem are extremely complex because numerous interplaying factors drive the persistence of anaemia - ecological, biological, social and political.

“This project will shed light on these complexities by studying different populations in detail, at different altitudes and with exposure to different ecosystems, sanitation and health care facilities in Peru. By determining the drivers of anaemia in Peru, we also hope that this knowledge will be used to mitigate the burden of disease in millions of children in different circumstances across the world.”

The majority of the interventions from the Peruvian government are currently focussed on treatment and not prevention. However, treating this disease might have side effects, as too much iron can also negatively affect growth and development. 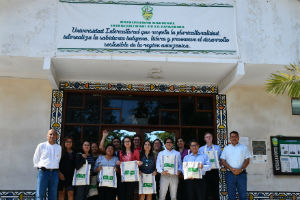 Dr Carlos Delgado, Principal Investigator of the Instituto Nacional de Salud del Niño (INSN) in Lima and Director of the Research Circle in Peru, said: “For many years there is a high expectation of finding solutions and offering alternatives in this fight against anaemia, in our country and several countries of the world. Our Research Circle believes that it is necessary to understand the causes of childhood anaemia better, and it is expected that everyone involved in this project will contribute their best effort to complete it successfully because we are searching for explanations to improve care for our children.”

The environmental factors that will be studied include deforestation, biodiversity loss, climate change and urbanisation, to see how they affect iron balance in these babies and their subsequent growth and development. The nutritional factors under investigation include the level of food insecurity for breastfeeding mothers and their infant new-borns.

Various baby measurements and samples of blood and faeces will be taken. The team will also conduct interviews, nutritional observations and focus groups with participating mothers. Some past health policies and strategies will also be evaluated. 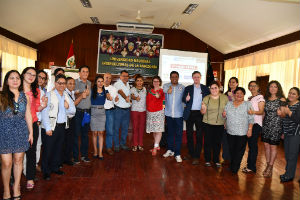 The ARPEC project is financed under the Peruvian umbrella of the UKRI Newton fund, initiated between the Peruvian and the British Governments, providing support through the British Embassy in Peru, and the grant through Consejo Nacional de Ciencia, Tecnología e Innovación Tecnológica (CONCYTEC) and Fondo Nacional de Desarrollo Científico, Tecnológico y de Innovación Tecnológica (FONDECYT) in Peru, and the MRC in the UK.

Today’s principal launch will be followed by regional launches in Ayacucho and Lima next week which will be attended by the British Ambassador to Peru.