Dipesh Gopal, Academic Clinical Fellow at Queen Mary University of London, published an article for The Conversation on how his expeirence with whooping cough informed his academic work and clinical practice. 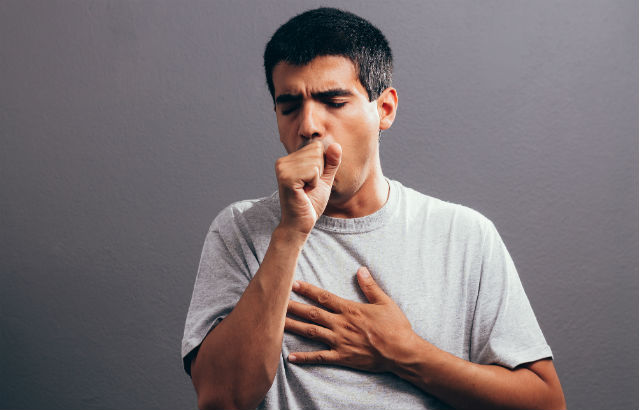 During my first year of training to be a GP, I developed a dry cough. I coughed in fits and at the end of a fit, I felt sick. It interrupted my sleep and taking over-the-counter painkillers and natural remedies, such as turmeric, honey and lemon, did little to ease my symptoms.

As doctors make the worst patients, I gave up and succumbed to my family’s nagging and went to see my GP. He took a history and examined me. He gave me antibiotics for a suspected bacterial chest infection and an inhaler for the wheeze he heard in my chest. The inhaler was odd since I was not asthmatic.

The cough was interrupting my sleep and I had to take time off work. After four days, the inhaler and antibiotics were doing very little, so I saw another GP who asked: “What would you do as a trainee GP if someone came to you after just four days of using the antibiotics you prescribed?” The suggestion being that I should have waited longer for the drugs to take effect rather than bother him with another appointment.

It was humiliating to be treated like a student, especially by a fellow doctor. But I could see why the GP was annoyed. He assumed that I had a bacterial infection of the upper airways, and sometimes coughs can last for several weeks after a full course of antibiotics (it’s what’s known as a “post-infectious cough”). But my cough was related to a different kind of bacteria to the one I was being treated for.

I was offered a different inhaler. Later that day I received a call from the GP who suggested I might have whooping cough. This was presumably after the lunchtime meeting where GPs discuss cases from the morning. It must have been puzzling how a GP trainee who rarely visits his GP would suddenly request to be seen twice in one week. The GP suggested a blood test, but wasn’t sure what else he could do. My blood test was positive for whooping cough. I received antibiotics but not before passing on this bacterial infection to two family members.

A couple of months later, coincidentally, we had a GP-led teaching session on whooping cough and several GP trainees thought they had cases that matched the symptom profile. But the sources online (from NICE and Public Health England) were difficult to grasp, so I decided to write an article for the BMJ with up-to-date, accessible guidance for healthcare professionals.

As a clinical academic, I often find that my academic work is inspired by questions that arise from my clinical work, but I never thought I would be the patient from whom I would draw inspiration to change clinical practice.

A guide for readers

Whooping cough or pertussis is an infection caused by the bacteria Bordetella pertussis. The cough gets its name from the whooping gasps a person makes as they try and catch their breath between bouts of coughing.

People can get whooping cough at any age, but children under the age of six months have a higher risk of complications (including death), which may be due to their immature immune systems and the fact that they haven’t finished the course of immunisation against the disease at this point.

It can affect adults, too, especially those who have existing respiratory problems. The risk of getting whooping cough is also higher in adults who are overweight or obese, or those who have a weak immune system.

Being vaccinated against the disease is no guarantee of protection, especially up to a decade after your last vaccine, which is why some countries suggest having boosters.

Although the vaccines are only short-lasting, pregnant women can protect their newborns by being immunised. A recent review article concluded that the vaccine is both safe for mothers and effective for babies.

Symptoms of whooping cough include coughing several times in a row (paroxysms or fits), gasping (“whooping”) between coughing paroxysms and vomiting after coughing. In babies, it can also include intermittently stopping breathing. Treating whooping cough promptly with antibiotics won’t stop the prolonged symptom course of coughing – often called the “100 day cough” – but it can stop the disease spreading, especially to vulnerable groups, such as young babies.

This article was written by Dr Dipesh Gopal from Queen Mary's School of Medicine and Dentistry and was originally published in The Conversation on 22 February 2019.