Research from Queen Mary University of London has provided new insight into how dividing cells control the separation of their DNA. 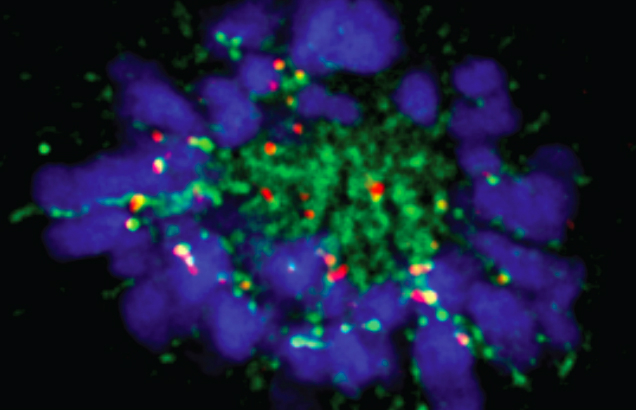 The study, published today in the journal eLife, has shown that a protein called Astrin is important for the timely and even separation of chromosomes during cell division.

During cell division our chromosomes, containing a duplicated set of DNA, must be split equally between the newly created daughter cells. To ensure this equal segregation of DNA, chromosomes must be correctly attached to microscopic rope-like structures, known as microtubules, which pull them apart.

However the question of how stable attachments between chromosomes and microtubules are maintained whilst the chromosomes are being forced apart, has long puzzled scientists.

In this study, the researchers found that the Astrin protein complex is recruited to correct attachments and works to secure them further. Professor Viji Draviam, Professor of Cell and Molecular Biology at Queen Mary and lead author of the study, said: “We discovered that Astrin arrives at the attachment site with an enzyme called PP1 when proper attachments have been made. Together these proteins rapidly secure attachments so the attachment site is able to resist pulling forces, which are separating the DNA apart. This protein complex only acts on correct attachments, which helps make sure cells end up with the right number of chromosomes after cell division.”

Dr Duccio Conti, Postdoctoral Researcher at Queen Mary and first author of the paper, added: "Whilst we originally thought Astrin would be important to cement attachments, we were surprised to find that it actually works as a dynamic lock, ensuring attachments are not stabilised prematurely."

The interdisciplinary research team, which included structural and evolutionary biologists, were also able to pinpoint how and where Astrin binds to the PP1 enzyme.

Cell division in our bodies is heavily controlled, but mistakes still happen and cells can end up with irregular numbers of chromosomes.

Previous research has suggested that cancers with too few or too many chromosomes are more aggressive and show resistance to multiple drugs. Therefore, understanding how errors in the separation of the chromosomes occur and the mechanisms that prevent mistakes could help scientists to develop treatments for the disease.

Professor Richard Pickersgill, Professor of Structural Biology and Head of the School of Biological and Chemical Sciences at Queen Mary, said: "Right now our cells are dividing to replace lost and damaged cells; it’s a wonderful process essential for life but also incredibly complex - over 100 proteins are involved in orchestrating the organisation and segregation of chromosomes alone. There is much still to discover about the detailed mechanism of chromosome segregation, but this work, which explains the role of Astrin in strengthening microtubule attachments, is an important milestone along the way."

Dr Emily Armstrong, research information manager at Cancer Research UK, said: “This research is vital to understand the complex processes that take place when our cells divide. Mistakes in this chain of events can lead to genetic errors that go on to cause cancer. Studies like this help us to understand what goes wrong when this disease develops, underpinning our efforts to prevent, diagnose and treat cancer more effectively.”

This research was funded by Cancer Research UK, UK Research and Innovation and the Islamic Development Bank.