Queen Mary University of London hosted the 2019 First Lego League, a global science and technology challenge for teams of students across London. 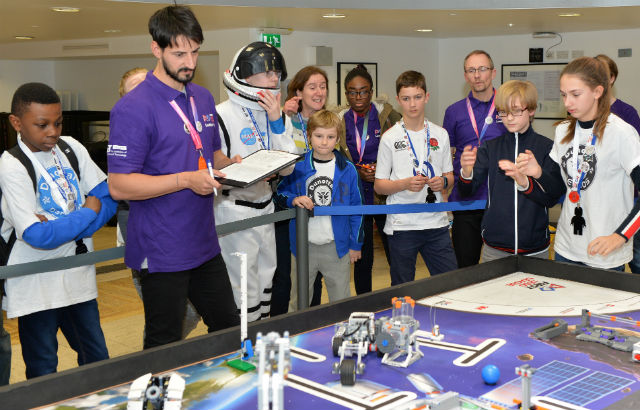 The IET (Institution of Engineering and Technology) First Lego League event aims to encourage an interest in real world issues and develop key skills that are crucial for students’ careers.

Hosted by the School of Electronic Engineering and Computer Science (EECS), over twenty teams of students aged 9 to 16 competed in the ‘Into Orbit’ challenge. In front of a judging panel, the teams autonomously programmed Lego robots to complete a series of missions on a specialised field to score as many points as possible.

The students explored living in and traveling through space, demonstrating their skills in robotics, computer programming, teamwork, research, problem solving and communication, as well as needing to demonstrate the First Lego League core values, which include respect and friendly competition.

More than 30 lecturers, staff, and students from EECS helped to support and deliver the event, which encourages the pupils to learn about elements of electronic engineering, robotics and computer science taught at EECS. 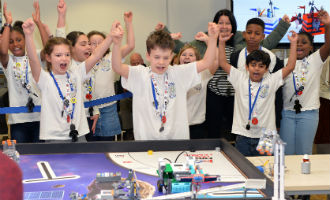 Leaving a positive impression on these young scientists

Mr Ho Huen, tournament organiser and Electronics Lab Manager in EECS, said: “There is nothing more satisfying than being able to inspire children to take on a science and engineering career and hosting a First Lego League allows us to do this.

“I’m immensely proud to be part of this programme and so are the 30 plus volunteers that helped make the day amazing for the teams. If we can leave a positive impression on these young scientists then hopefully it will encourage them into what I consider to be the most rewarding sector to work.”

The overall champions award was given to the home-educated team ‘Not Enough Space’, with ‘Eltham College’ named runners up. Winning teams from each regional tournament will now take part in the UK and Ireland Final at University of the West of England, Bristol Exhibition and Conference Centre on 16 February 2019.

The top achieving teams at this final get the opportunity to represent their country and the IET on a global stage, competing at International Championships in Hungary, Estonia and the USA in 2019. 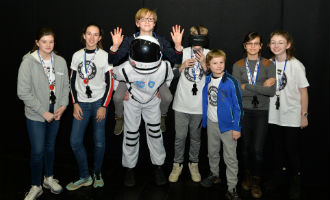 “It’s a fact that the need for engineers has never been greater. The IET supports First Lego League, because it equips young people with the skills that they need to become future innovators and engineers. First Lego League is the world’s largest STEM competition with 32,000 teams in more than 80 countries and the IET are proud to be the operational partners for the programme in the UK and Ireland.” 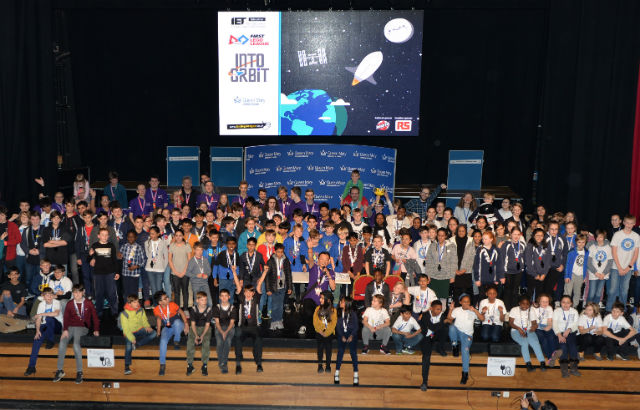