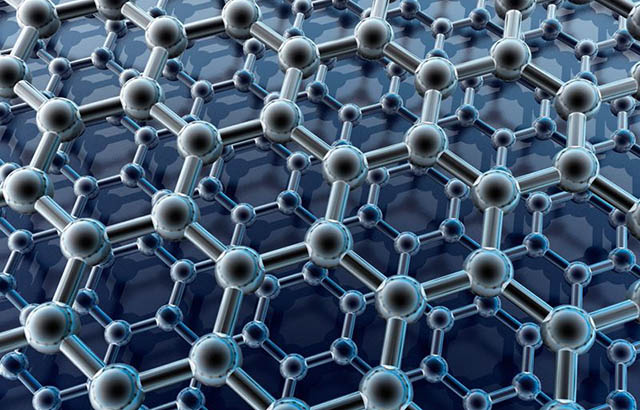 The ‘wonder material’, which is made from carbon and was discovered in 2004, is hailed for many of its extraordinary characteristics including being stronger than steel, more conductive than copper, light, flexible and transparent.

This study, published in the journal Physical Review B, shows that in bi-layer graphene, which is two sheets of one atom thick carbon stacked together, water seeps between the layers in a humid environment.

The properties of graphene significantly depend on how these carbon layers interact with each other and when water enters in between it can modify the interaction.

This suggests that layered graphene could exhibit very different properties in a humid place such as Manchester, UK, where average relative humidity is over 80 per cent every month of the year, compared to a dry place such as Tucson, Arizona, where relative humidity is 13 per cent on afternoons in May but rises to 65 per cent on January mornings. So, in Tucson the properties will vary according to the time of the year.

Graphene, both layered and single layer, potentially has a huge number of uses but the results of this study could impact how the material can be used in real-life applications.

Humidity needs to be recorded

Lead author Dr Yiwei Sun, from Queen Mary's School of Engineering and Materials Science, said: “The critical points, 22 per cent and 50 per cent relative humidity, are very common conditions in daily life and these points can be easily crossed. Hence, many of the extraordinary properties of graphene could be modified by water in between graphene layers.”

He added: “Some graphene-based devices may function to their full capability in dry places while others may do so in humid places. We suggest all experiments on 2D materials should in future record the relative humidity.”

The study was carried out because it was known that graphite, a material also made from carbon, loses its excellent lubricating ability in low humidity conditions, such as aboard aeroplanes at high altitude, which was reported during the Second World War, or in outer space, as reported by NASA in the 1970s.

It was believed that the water in between layers of graphite is crucial to its behaviour and now the same effect has been shown to affect layered graphene.