The online complaint system used by web giants like Google and Twitter is a ‘Wild West’ with evidence of abuse by complainants, according to a new study from Queen Mary University of London. 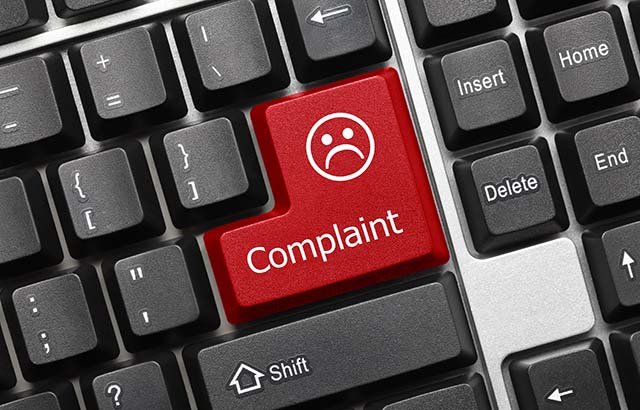 Despite this, the UK government is considering promoting similar systems to underpin parts of future web regulation, and the researchers believe this raises questions for its effectiveness.

Over one year, they observed more than 1 billion URLs being complained about, primarily with the intent of removing content.

They investigated the nature of various types of complaints that are issued to many web companies, also including Vimeo and Bing, which now allow any third party to file complaints. To date, there is little evidence regarding how these complaint procedures are handled, how successful they are, or who they are targeted against and by whom.

The study, which will be presented at The Web Conference 2019, shows that the top ten complainants dominate the entire system and generate hundreds of millions of complaints, or 41 per cent of all notices, mostly about copyright.

The majority of these are generated by a tiny set of hypergiants including Fox, NBC and copyright pursuit specialists Rivendell that issue complaints widely.

However, that leaves a large number of organisations sending a small number of complaints (fewer than 100) as the majority of senders just send a few notices, leaving a small minority to send a very large number.

For those receiving the complaints, this creates a huge overhead of sifting through these non-existent URLs and potentially crowds out smaller senders of complaints because of the sheer volume to deal with.

Should governments adopt this?

Dr Gareth Tyson, co-author of the study from Queen Mary University of London, said: “As the web grows, it is unclear how sustainable this complaint model is and at the moment it resembles something like the Wild West. It is unclear how effectively small organisations could handle this approach. Should the UK government, and other governments around the world, be adopting a similar system to underpin web regulation, or thinking of new approaches and tools to support the web? The answer is not yet clear.”

It is also often the same websites that are repeatedly targeted as the top 1 per cent of sites accumulate 63 per cent of complaints. However, the researchers found this is very unstable because some complainants suddenly send aggressive bursts of complaints which then cease soon after.

Most of these include well know pirate video portals such as gorillavid, daclips, movpod, googlevideo.com (part of YouTube) and the website piratebay which is a BitTorrent portal.

The efficacy of these complaints vary a lot with many websites just ignoring them, while some tend to remove content and almost 20 per cent of all websites do not even have live domains anymore.

Although previous studies have looked at copyright notices, the researchers generalise across a number of different complaint types including defamation and court orders.

For the first time, they also show the dynamics between complainants and websites who generate negative attention from those people sending complaints.

Damilola Ibosiola, lead author of the study and a PhD candidate from Queen Mary University of London, said: “People often assume that the only reason content gets blocked is because an intermediate party like a government censors it. In reality, however, there is a huge ecosystem of organisations constantly exchanging complaints about the activities of others. This has far reaching implications for how the world wide web is structured, yet it is rarely seen.”

Dr Gareth Tyson added: “Our study also sheds light on the efficacy of these various regulatory practices, and highlights both the use and misuse of web complaint mechanisms. We hope that the findings can lead to a better regulatory structure surrounding the takedown of illegal material from the web, and a better idea of what works. Importantly, we also hope that this can be used by those people generating complaints to better streamline their activities to avoid overwhelming recipients with many erroneous complaints.”