Goats can distinguish emotions from the calls of other goats

Goats can probably distinguish subtle emotional changes in the calls of other goats, according to a new study led by Queen Mary University of London. 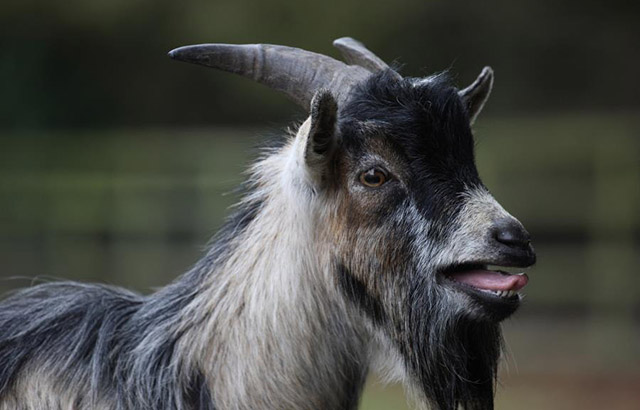 The researchers measured behavioural and physiological changes in goats to determine if they can differentiate between calls linked to positive and negative emotions.

They found that when the emotion of a call changed, the likeliness of the goats to look towards the source of the sound also changed suggesting that they can distinguish the emotional content of calls of another goat.

Together, these results provide the first strong evidence that goats are not only able to distinguish call variants based on the emotion that they convey, but also that their own emotions are potentially affected.

Luigi Baciadonna, lead author of the study from Queen Mary University of London, said: “Despite its evolutionary importance, social communication of emotions in non-human animals is still not well understood. Our results suggest that non-human animals are not only attentive, but might also be sensitive to the emotional states of other individuals.”

Many social animals live under environmental conditions where individuals are not always in visual contact with one another during the day or night, and therefore, could acquire an evolutionary advantage through the discrimination of the emotional content of the calls of others from their species.

Elodie Briefer, co-corresponding author of the study, who was based at ETH Zurich during the research and is now at the University of Copenhagen, said: “Expressing emotions using vocalisations and being able to detect and share the emotional state of another animal from the same species may facilitate coordination among the individuals in a group and strengthen social bonds and group cohesion.”

Dr Alan McElligott who led the study at Queen Mary University of London and is now based at the University of Roehampton, added: “Perceiving the emotional state of another individual through its vocalisations and being affected by those vocalisations has important implications for how we care for domestic animals, and in particular livestock species.”

In the study, the researchers recorded calls of goats which conveyed either positive or negative emotions. They then played one of these calls through a loudspeaker to another goat. They subsequently exposed that goat to a variant of the same call type associated with the opposite emotion. This was followed by a final call which was randomly selected.

The researchers also controlled variables often neglected in this field of research by assessing the emotional state of both the caller and the receiver. In addition, only contact calls were used so that the reaction of the receiver would be purely dependent on the encoded emotions, rather than the function of vocalisations.

Livio Favaro, another author of the study from University of Turin, said: “These findings can contribute to our understanding of the evolution of emotion perception in non-human animals.”