Chicks born with ability to distinguish and avoid different dangers

Chicks are born with the knowledge to flee from predators rather than learning it from experience, according to a study by University of Trento and Queen Mary University of London. 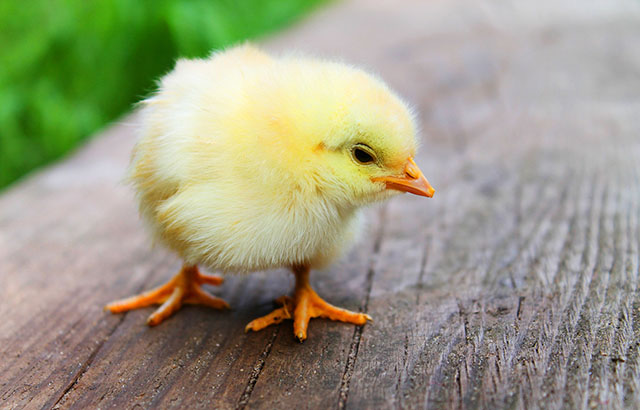 The researchers also found that new-born chicks know to slow down or stop moving to avoid being noticed when a predator is far away.

The study, published in the journal PNAS, shows that these responses do not require learning but are known by the chick before it is born.

Appropriate reactions to predators are fundamental for survival and in the case of prey-predator interactions, learning the best strategy by trial and error is very dangerous and might result in death.

For this reason, it has been assumed that these responses of fleeing and freezing do not require learning but the evidence was sparse and contradictory.

Dr Elisabetta Versace, co-author of the study from Queen Mary University of London, said: “Our results show that at the beginning of life animals are well equipped to cope with threats present in their environment, they possess some predispositions that help them to survive.”

Professor Vallortigara, leading the University of Trento team, said: “Together with our previous studies about the social predispositions that help young chicks and humans to interact with their social partners these findings clarify we are not born as blank slates, but with sophisticated mechanisms that enable us to use specific strategies in front of particular stimuli. Dr Hébert, who is the first author of the paper, conducted the experiments looking at newborn animals and was thus able to show how differential anti-predatory responses are in place already at birth”.

The researchers ran an experiment where the chicks did not have a chance to interact with any moving objects once they hatched.

This experiment can be conducted with chicks because they are able to move around and feed by themselves from birth unlike other animals that require parental care. Chicks also have a relatively mature sensory and motor system soon after hatching.

What underlies these responses?

Dr Marie Hebert, first author of the study from University of Trento, said: “I am now investigating which parts of the chick's brain are activated by these visual threats in naive animals, with a special focus on structures such as the amygdala and the optic tectum, that are thought to play a crucial role in threat detection and in the triggering of defensive behaviors. To do so, I will couple behavioral experiments with markers of neuronal activation in the brain.”

The use of animal models may open the door to the investigation of molecular mechanisms as well as individual differences, which are striking in the responses of both human and non-human species, and their genetic and environmental bases.