A new video art installation which explores the different ideas of time has been developed in collaboration with Queen Mary University of London. 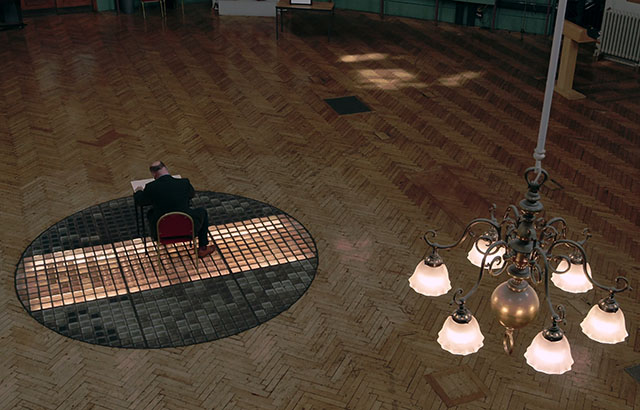 Time Tries All Things by Irish artist and filmmaker Grace Weir is the inaugural show in the Gallery at the Institute of Physics (IoP), a new £30m building in the heart of London’s Kings Cross.

Weir’s immersive two screen video installation is a poetic and lyrical meditation on different conceptions of time; scientific, philosophical and cinematic. It has been developed from her collaboration with two renowned theoretical physicists, Professor David Berman of Queen Mary University of London and Professor Fay Dowker of Imperial College London.

Professor Berman has a long track record of working with artists and exploring ideas of contemporary physics in an arts setting and Queen Mary played a central role in the installation with all the footage being filmed on location at the University, around the two professors’ ideas.

Professor Berman said: “It was a great opportunity working with such an renowned artist as Grace Weir, especially for such an important project as the new IoP building.”

Our lived experience of time 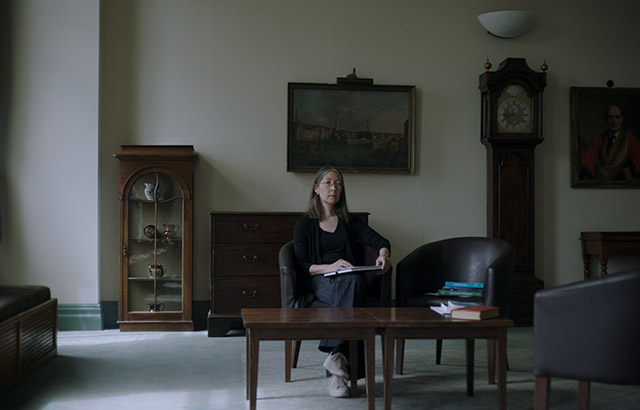 Time Tries All Things invites viewers to reflect on their own lived experience of time and how it can be illuminated by scientific knowledge and theory. The profound and complex question of how we understand time has exercised scientists, philosophers, writers and artists since the earliest civilisations, from Galileo to Stephen Hawking.

The questions with which they have grappled are formidable: How do we measure time? Is it absolute or relative? Does it flow, moving forwards from a fixed, known past towards an unfixed, unknown future? Is time finite? Does it have a beginning, an end, or both? Is time an illusion? Is the past real? Does the future exist already?

Weir explores these questions through her 30-minute work, featuring Professor Dowker and Professor Berman reflecting on their own theoretical perspectives on time. 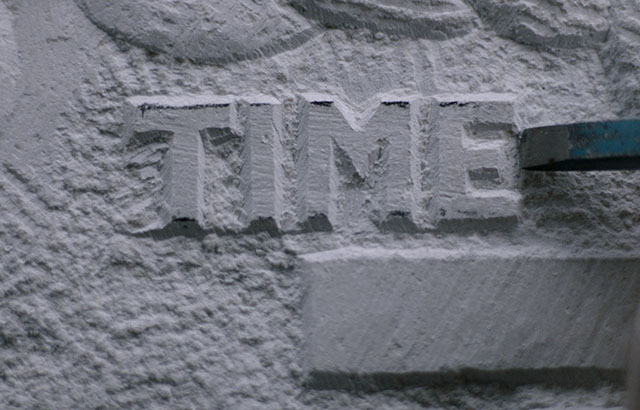 Weir said: "Time is intrinsic to both physics and film-making. How can we align the extraordinary theoretical concepts of time within physics with our everyday experiences of time and its representations? ‘Time Tries All Things’ positions two differing concepts of time in a filmic portrayal of two physicists’ viewpoints, through the unfolding of a moment when a photograph is taken of a 19th century stone plaque. Carved with the words ‘Time trieth troth’, the moment opens into a consideration of the elasticity of the present instant and the flux of history.”

Time Tries All Things runs from 21 January until 29 March 2019 and admission is free.