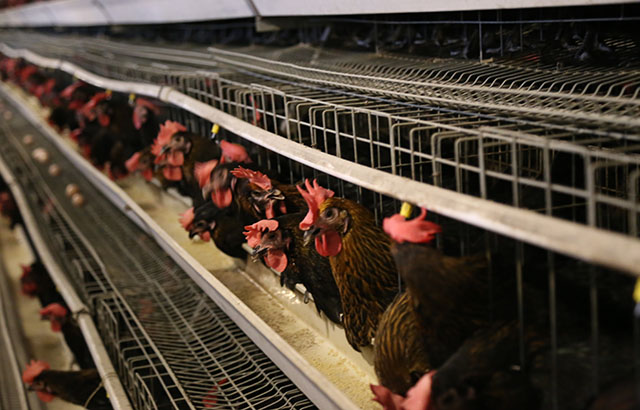 It will support the sustainable intensification of food production and animal health by community farm holders via the Belt and Road Initiative (BRI) along the old and new silk routes.

It has been shortlisted for the Chair’s Award which offers up to £500,000 for a project that demonstrates the best knowledge exchange, partnership development and research impact.

This project will position the UK as a world leader and pathfinder for the deployment of AI empowered cost effective and IoT systems to support smart farming in developing countries.

Building on their work in China, where they achieved a 5 per cent reduction in feed cost and mortality in poultry farming, the researchers hope that early warning detections could lead to a further decrease as well as detecting potential animal diseases.

Dr Yue Gao, Farm AI project lead from Queen Mary’s School of Electronic Engineering and Computer Science, said: “We’re delighted Farm AI has been nominated for the Newton Prize Chair’s Award. We strongly believe our solution could have a huge impact on the future of livestock farming, delivering socioeconomic and environmental benefits as well as being vital for long-term natural resource sustainability.”

Professor Wen Wang, Vice-Principal and Executive Dean (Science & Engineering) at Queen Mary, added: “This is fantastic news for Queen Mary and it demonstrates the quality of world-leading research coming from the Faculty of Science and Engineering. We all wish Dr Gao and his team the best of luck.”

The Newton Prize celebrates outstanding international research partnerships and the £1 million will be divided between four winning research projects from 20 nominees.

Three prizes of up to £200,000 each will be awarded to three projects that demonstrate high quality research and impact and an additional prize (the Chair’s Award) of up to £500,000 will also be presented.

The Prize enables international research partners to continue working together on solutions to some of the world’s key challenges such as human health, food security and climate change.

Jo Johnson, Minister of State for Universities, Science, Research and Innovation, said: “These international collaborations are uniting our world-leading universities with researchers across the globe to transform lives, now and for generations to come.

“I set up the Newton Prize to celebrate the best partnerships between the UK and countries across the world to tackle some of the world’s most pressing challenges. The shortlist announced today is a testament to that aim with global development priorities firmly on the agenda, including elimination of malaria, and clean energy.”

During November 2019 the shortlisted projects will be celebrated at award events taking place in China, Indonesia and the Philippines where the winning project for that country will be announced. These events will be followed by a UK reception on the 9 December in London hosted by the Department for Business, Energy and Industrial Strategy.