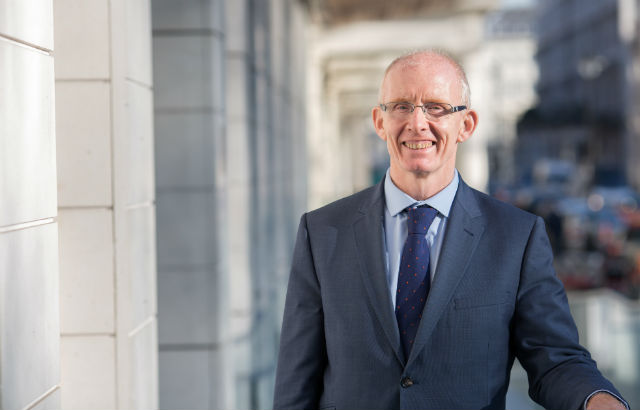 Professor Livingston will start his new role on 1 November and will lead the next phase of Queen Mary’s research and innovation strategy and continue to grow the University’s global reputation.

He joins from Imperial College London where he is Professor of Chemical Engineering in the Department of Chemical Engineering, which he successfully led between 2008 and 2016. From July 2017 he served as the interim academic lead, and from 1 Jan 2019 – 31 May 2019 the interim Director, of the  Rosalind Franklin Institute, a new national interdisciplinary research technology institute in the area of Life Sciences.

He said: “It’s a great honour and incredibly exciting to take on this role. I am looking forward to meeting and working with staff and students at Queen Mary to advance our continuing success in research and innovation, through which we make a positive difference to the world around us.”

Principal and President of Queen Mary University of London, Professor Colin Bailey, added: “The appointment of Professor Livingston to Vice-Principal of Research and Innovation is great news for Queen Mary. He offers exceptional research and leadership credentials, with the personality and track-record to bring about a transformational change to research infrastructure and environment at Queen Mary.”

Professor Livingston is an internationally renowned chemical engineer, with more than 300 publications and 20 patents to his name. In 2006 he was elected to the Fellowship of the Royal Academy of Engineering, and in 2008 was awarded a silver medal by the Academy for contributions to British engineering, followed by the Underwood Medal of the IChemE in 2016 for research into separations.

He is passionate about creating novel technology platforms for synthesising chemicals and (bio) pharmaceuticals. His research group creates new molecular separation membranes with the overarching aims of increasing the efficiency of chemical separations in industry, and of using these membranes to create new manufacturing paradigms for complex molecules.

As the Founder and Managing Director of a-spin-out company, Membrane Extraction Technology, which was acquired in 2010 by German chemical major Evonik in 2010, and then as CEO of new start-up Exactmer, Professor Livingston’s experience with industry and translational activities will bring beneficial knowledge and leadership to the Queen Mary research and innovation strategy.