The role of tactical voting in the 2019 General Election

As the 2019 General Election approaches, Professor Tim Bale from Queen Mary’s School of Politics and International Relations shared his expert insights on possible tactical voting in what is one of the most unpredictable elections of recent times. 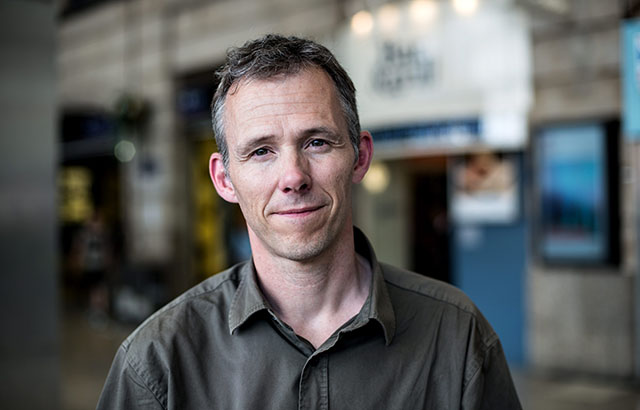 Ahead of the 2019 General Election Professor Bale was interviewed on BBC Two’s Politics Live programme where he discussed the role of tactical voting in this election.

How big a role do you think tactical voting playing in this election?

“We can only guess but it’s something that a fair few voters always do (or think about doing) because of our supposedly unfair electoral system. First Past the Post often means it is pointless voting for the party you’d actually like to win since they’ve got no chance, so voting for the least worst candidate, possibly in order to get rid of one you really can’t stand, is an obvious option.”

“I think we need to be very careful not to define the election as being about what one party - in this case the Conservative Party wants it to be about. That said, the fact that for many people, what you might call their Brexit identity is far stronger than any residual party loyalty they may have does suggest – intuitively anyway – that tactical voting may play a bigger part at this election than it might do otherwise.”

Are Conservative strategists right to warn that tactical voting in a handful of seats could deliver a hung parliament and a Corbyn coalition?

“Well, they would say that wouldn’t they? It’s in the Tory Party’s interest to suggest that the race is closer than the opinion polls suggest is the case since they’re worried about their voters not turning out because they think the election of a Conservative Government is a done deal. That said, if the election is closer than it looks, then, absolutely, a few seats here or there – won either by the Lib Dems or Labour or indeed the SNP – could by definition make all the difference.”

What do we know about how people vote tactically?

“We know from surveys that between one and two in ten people are thinking about voting tactically – our Mile End Institute (MEI) survey of Londoners conducted last week puts the figure in the capital at 18 per cent. We also know that, although many people are not that hung up on one particular party and so pick from a few options they consider palatable, a tactical vote is often a negative vote – an attempt to defeat the party they really don’t like.”

Do we overestimate the effect of tactical voting?

“That is a distinct possibility.  For one thing, lots of people voting tactically will be living in places where it won’t make a blind bit of difference. For another, people aren’t always that well informed.

“Both our MEI polling and nationwide work by the British Election Study (BES), recently published in a blog post on the website of UK in a Changing Europe, shows that people’s grasp on who stands the best chance of winning in their constituency can be pretty hazy and sometimes hopelessly wrong.

“Tactical voting websites aim to help people out but the BES found that only 6 per cent of people say they’ve made use of them – although that could of course change.  So my message to those parties relying on it – principally Labour and the Lib Dems, the parties that arguably have split the remain vote – would be this: it’s not unreasonable to hope that tactical voting could make a difference, if the nationwide race is close. But don’t get your hopes up too much – and, remember, if the race isn’t close, then even if tactical voting is widespread, it’s unlikely to matter that much.”