Professor of Politics, Professor Tim Bale comments on the reaction to survey results on the Labour leadership race.

Designing and commissioning a survey and then releasing it into the wild is always a risky business – especially, it seems, if it involves party members.  After all, they are, almost by definition, incredibly passionate about their politics – so passionate that, if the survey doesn’t show what they’d like it to show, then they can get very angry very quickly.

The Party Members Project, which is funded by the Economic and Social Research Council is run by me and Professor Paul Webb (University of Sussex) – the co-authors (with Monica Poletti) of a recently published book, Footsoldiers: Political Party Membership in the 21st Century.

The results we released on the Labour leadership race reflect the responses of 1059 Labour Party members to questions that formed only a small part of a more detailed questionnaire, which, with the help of YouGov, we have asked members of six political parties at the last three elections.

But obviously, both in the view of broadcast and print media, they are incredibly newsworthy – and, judging by some of the social media responses, pretty controversial, especially, it appears, if you’re one of the hundreds of thousands of people planning on voting in the contest to decide who is going to try to turn around Labour’s fortunes after its worst electoral defeat since 1935.

The survey which, because it asked respondents to rank candidates, allowed us to simulate the sequential rounds inherent in the alternative vote system used by Labour to elect its leader. It revealed that the front-runner, right now anyway, would appear to be Keir Starmer rather than the so-called ‘continuity Corbyn’ candidate Rebecca Long-Bailey.

That news – understandably – did not go down too well with those hoping to see either her (or perhaps another left-wing candidate who has not yet signalled their definite intention to run, such as Ian Lavery) triumph and therefore carry on where Mr Corbyn left off.

Cue what by now has become a familiar chorus.

First, it’s suggested that no-one should expect anything better from a polling organization ‘owned by Tories’, forgetting that the very same firm got the 2015 and 2016 Labour leadership contests (won of course by Mr Corbyn) pretty much spot on. This is despite the fact that YouGov’s samples are made up of self-declared party members recruited from its voter panel rather than from an official list of members provided by the party itself.

Second come the tweets arguing the survey should be dismissed since it covers the views of only just over a thousand out of around half a million Labour Party members – an objection often accompanied by the observation that neither the person tweeting nor anybody they know was asked.  This, of course, forgets that pollsters routinely use the views of just over a thousand voters to provide a snapshot of how tens of millions of people feel about political issues.

For anyone who has trouble understanding why this is possible, perhaps the best analogy out there is with a blood test.  An adult human body contains anything between nine and twelve pints of blood.  Should a doctor want to find out whether there’s something wrong with said human, she’ll only need to take the equivalent of one or two teaspoons, not one or two pints, to conduct the diagnostic tests required.

Often – to pursue the analogy a little further – those tests are used both to identify what’s going on but also to rule out other potential issues.  And in some ways one of the most interesting things for me about our survey is that it suggests that some of the things many assumed might be important in this contest may not turn out to be after all.

True, the Leave-Remain divide seems to be important: it looks as if Labour’s overwhelmingly pro-European membership really appreciated Starmer’s dogged determination not to flounce out of the shadow cabinet but to hang on in there in order to drag Jeremy Corbyn towards a more pro-Remain (or at least pro-Referendum) position.

On the other hand, although there’s been a lot of talk about it being time that Labour had a female leader, gender doesn’t seem to be playing much of a role here: Labour’s female members are not particularly inclined towards female candidates.

There’s also been talk, in the wake of Labour’s loss of seats in the North of England, about Labour needing to avoid picking another leader from London. Labour’s northern members, however, seem to be just as keen as members from other parts of the country on Starmer, a Londoner.

Class doesn’t seem to be much of a dividing line either. Initially, most candidates’ support is not that much higher or lower among Labour’s middle class (ABC1) or working class (C2DE) members than it is among the membership as a whole.  That said, Long-Bailey does better among working class members than among members as a whole, while Starmer seems to do better among middle class members.  This is no great disadvantage for Starmer, however, because some three-quarters of Labour members can be counted as middle class ABC1 voters.

But, but, but.  All this reflects what Labour Party members were feeling over Christmas.  Things can and inevitably will change.

Some potential candidates who we suggested to members won’t end up running.  Others we didn’t suggest might well do.  And not all of those who want to run can be confident of securing the nominations required to enter the ballot.  Moreover, members won’t be the only people voting: they will be joined by members of socialist societies and some (though not all) members of trade unions affiliated to Labour; they will also be joined by people entitled to vote not as fully paid-up members but as ‘registered supporters’ – a category that has the potential to be manipulated in order to favour one faction’s candidate over the other.

Finally, as the 2015 Labour leadership showed, the campaign matters, momentum (small-m and big-M!) matters, and so, too, does personality.  Labour needs someone who can take the fight to a big character, Boris Johnson, big time.  That might be Starmer – a forensic parliamentary performer who has, unlike any party leader I can think of, also run a national organization before coming into politics.  But it could just as well be someone preternaturally prepared to tell it like it is.  Don’t be surprised, then, if someone like Jess Phillips (who, incidentally, came third in our simulation) turns out to be this contest’s proverbial dark horse. 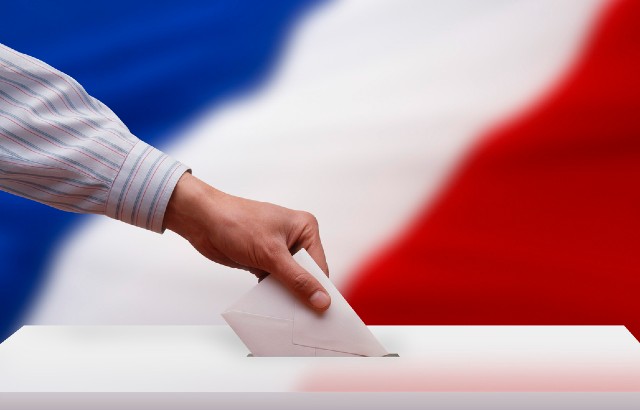