Professor David Adger of the School of Languages, Linguistics and Film, has published a new book which explores the idea that grammar is the element of language that gives humans the creativity and imagination to be so successful (or disastrous) as a species. 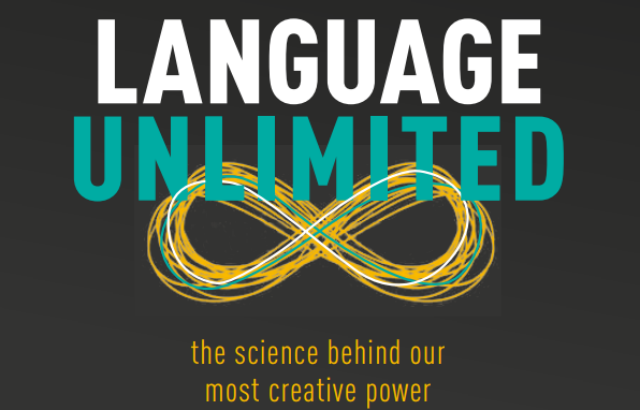 The book, Language Unlimited, draws on research from neuroscience, psychology, and linguistics, to discover the hidden structure behind all we say and understand, explores the many mysteries about our capacity for language and uncovers the source of its endless creativity.

All humans, but no other species, have the capacity to create and understand language. It provides structure to our thoughts, allowing us to plan, communicate, and create new ideas, without limit. Yet we have only finite experiences, and our languages have finite stores of words. Where does our linguistic creativity come from? How does the endless scope of language emerge from our limited selves?

There are more than 7000 human languages

There are more than 7000 languages in the world, and though linguists have only explored a fraction of these, they all appear to obey the same deep scientific laws. Language Unlimited explores how how our brains go crazy when we try to learn languages that break these laws and shows how artificial intelligences, such as Alexa and Siri, understand language in a very ‘un-human’ way.

Professor Adger said: “Language Unlimited makes an argument about how our creative use of language is possible. It argues that we have a specialized kind of mental technology that neither animals nor computers have. That’s the capacity to combine individual bits of language, and then out of that build larger meanings. That’s what gives human thinking such power.”

As a Professor of Linguistics at Queen Mary University of London, Professor Adger has devoted his research to exploring the human capacity for syntax, the cognitive system that underlies the patterns found in the grammar of human languages.

His work has involved developing generative theories of syntactic patterns, and investigating the consequences of these theories, both for particular languages and across genetically unrelated languages.

The publication of Language Unlimited will be celebrated on Thursday 24 October at Libreria Bookshop, Spitalfields. Be sure to secure your tickets here