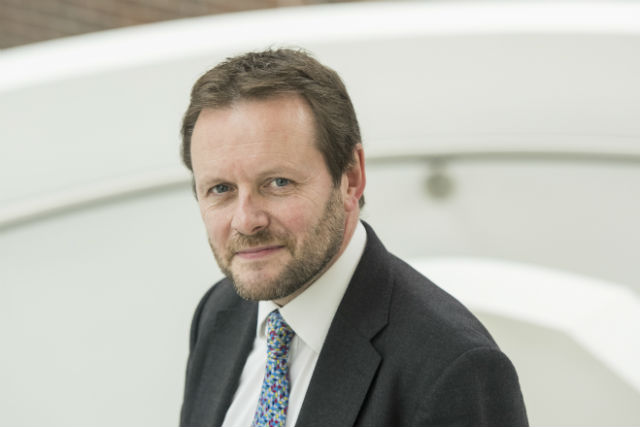 Professor Colin Grant joined Queen Mary in 2018 and in his role as Vice Principal (International), leads the university’s Global Engagement Strategy. As Professor of Human and Political Communications, he specialises in communications in unstable environments – a field in which he has published widely.

During his Inaugural Lecture at Queen Mary Professor Grant presented a theoretical insight into areas which have shaped his life and career. With a particular focus on communication, his lecture posed fundamental questions for the audience: “How do we know when we have understood something? What is understanding?”

During the event Professor Grant covered diverse topics from social cohesion through to branding in sports. He also highlighted that all communications, whether written or spoken, are subject to interpretation. “The value of information lies in its reception to others, and how it is interpreted,” he explained. Professor Grant went as far as to describe the process as the “art form of communication.”

Professor Grant is a fluent writer and speaker of French, German and Portuguese and is also learning Chinese.

Queen Mary is a global university is more than 25,000 students, representing more than 160 nationalities. In addition to campuses in London, the university has sites in China, Malta and Paris.

As part of its commitment to global excellence, Queen Mary’s work is underpinned by a Global Engagement Strategy. This has six commitments to excellence covering research partnerships, global policy impacts, alumni relations, education and industry.

Queen Mary’s new Public Lecture Series brings together Inaugural, guest speaker and ‘hot topic’ lectures taking place from all schools and departments from across the university. The events, which cover a range topics and subject areas, are open to all staff and also the general public.