One hundred years on from the massacre at Amritsar

A book by a Queen Mary academic has shed new light on one of the ugliest incidents in Britain’s imperial past. 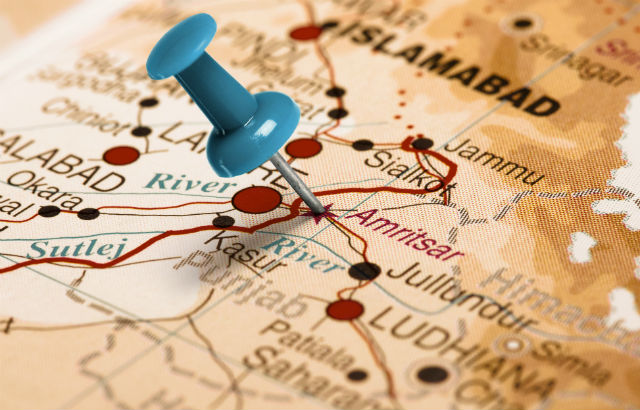 The Amritsar massacre of 1919, during which hundreds of people were killed at Jallianwala Bagh, was a seminal moment in the history of India and the British Empire. Yet a hundred years on, it remains poorly understood and largely shrouded in myth.

Through the eyes of the people

In a brand new book, Amritsar 1919: An Empire of Fear and the Making of a Massacre, Dr Kim Wagner from Queen Mary’s School of History, explores the experiences of ordinary people, both British and Indian, to re-assess what happened. The work maps the growing tensions prior to the events of April 1919 and the troubled aftermath.

Based on years of research and material from private diaries, Dr Wagner’s latest work seeks to establish what happened on the day of the massacre and why, dedicating entire chapters to each of the preceding three days.

In total 379 died on 13 April 1919, all were part of a 5,000-strong crowd of unarmed local Punjabis who had assembled in defiance of a citywide ban on public meetings. According to the book, 1,650 rounds were fired into the crowd in ten minutes following orders from General Reginald Dyer.

Dr Wagner argues in his book that the massacre in Amritsar was not an isolated incident or the outcome of a brutal mindset, but a “calculated move to strike terror” among the masses. According to Dr Wagner such demonstrations of violence were intrinsic to the colonial encounter not just in British India, but also Asia, Africa and the Middle East.

Whilst Winston Churchill denounced the actions of General Dyer as “monstrous” in the House of Commons, the Lords paid homage to him. Over the years there have been recurrent calls for the British government to apologise for the events at Amritsar.

In 2013 the then British Prime Minister David Cameron visited the site of the massacre. Referencing Churchill’s words, he also called it “a deeply shameful event in British history.” In his writing, Dr Wagner, Senior Lecturer in Imperial History, believes David Cameron’s words miss the point:

“A British apology for Amritsar would only ever be for one man’s actions, as isolated and unprecedented, and not for the colonial rule, or system that produced Dyer.” He also added that an apology would “sustain a sentimental vision of the British empire.”

Dr Wagner’s book has received praise from other authors who have written about Britain’s colonial past. Yasmin Khan, author of The Raj at War called the work “a vivid, finely researched account of the Amritsar massacre, which will be of great interest to both specialists and general readers alike. It is also an important book for our postcolonial world.”

Nigel Collett, author of The Butcher of Amritsar described it as “the fullest, and by far the most authoritative, account of the causes and course of the Jallianwala massacre in any language. Wagner’s exposition of the way fear caused an event that started the unravelling of the Raj will take its place as the definitive version of a story hitherto capable of controversy, but now finally exposed in its full, undeniable horror. This is now the standard work.”