New thinking needed when it comes to the economy, according to new report

The Institute for Public Policy Research (IPPR) has released a report, Prosperity and Justice, which calls for a paradigm shift when it comes to economics in the UK. 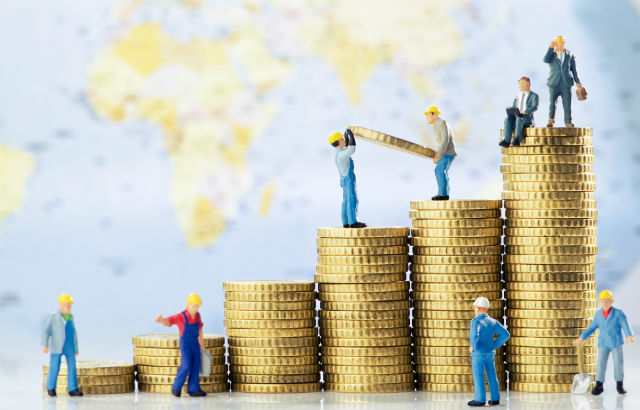 Established in autumn 2016, in the wake of Brexit, the aim of the IPPR Commission on Economic Justice is to examine the challenges facing the UK economy and recommend proposals for reform. Commissioners are drawn from across the economy and society as well as different political viewpoints.

Michael Jacobs, one of the authors of the report, shared the findings of the Commission at an event organised by Queen Mary’s Mile End Institute. The report, Prosperity and Justice, argues that the economy is not working for millions of people and needs reform.

According to the report, average earnings have stagnated for more than a decade and young people are set to become poorer than their parents. The report also found that the nations and regions of the UK are diverging further. During his presentation, Michael Jacobs, who is also a Professor at the Sheffield Political Economy Research Institute, stated that the UK is the most geographically unequal country in Europe.

According to Professor Jacobs, fundamental reform has happened twice before in the last century following periods of crisis. He cited the Attlee government’s Keynesian reforms in the 1940s and the Thatcher government’s free market reforms as an example of this.

Ten years after the latest financial crash, change of this magnitude is needed again. The report argues that a fair economy is a strong economy and that prosperity and justice can go hand-in-hand. A key recommendation of the report includes tackling inequalities through reforming the structure of the economy.

“Justice can be hard-wired into the economy, including through corporate governance reform. Workers should be given access to trade unions for example, including those workers in the private sector. It is through agreements between workers and employers that progress can be made,” said Professor Jacobs.

Setting out a wide-ranging and integrated ten-part plan for economic reform, the report argues for a new vision for the economy and a rebalancing of economic powers. More than 70 recommendations were made in total, making it one of the most far-reaching policy documents in years.

Following the presentation a group of panelists discussed the report and the implications for policy. The panel comprised of Dan Corry, Former Head of Policy at Number Ten Downing Street, Jessica Studdert, Deputy Director at the New Local Government Network and Florence Sutcliffe Braithwaite, Lecturer in British History at UCL.