Londoners want to be represented by local people

London may be one of the most multicultural, multi-ethnic cities in the world, but its residents want their local councillors to come from the areas they represent.  A new YouGov poll, commissioned by Professors Tim Bale and Philip Cowley of Queen Mary University of London’s Mile End Institute, found that six out of 10 of the capital’s voters would like to see more councillors from their local area. 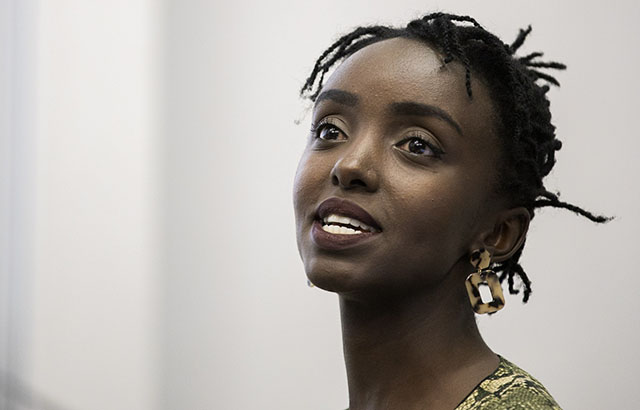 Mercy Muroki speaking at the event

This research also looked at what Londoners thought about the kinds of people who serve as councillors for local authorities.

The age gap plays a part here, with 56 per cent of Londoners aged between 18 and 24 wanting more ethnic minority representation at council level, but among Londoners over 65 this figure plummets to just 16 per cent.

This new research was discussed in detail at an event at Queen Mary’s Mile End Institute on 16 May 2019.  Entitled ‘Who represents London?  Ethnicity, gender and party in local government’, the event was chaired by Professor Tim Bale who commented: “Although it seems to be an even bigger priority for Labour supporters than for Conservatives  – something that’s also true when it comes to getting more ordinary working class people elected  – support for the idea that councillors should come from the areas they represent is not only widespread but transcends any of the familiar demographic differences.   It’s even something that, for once, Remainers and Leavers can agree on completely”.

The other speakers at the Mile End Institute event contributed to the debate.

Mercy Muroki said: “A lot of local councillors go on to national office, you’ll find that a lot of ethnic minority MPs have had a background in local government. So if we do care about national representation of ethnic minorities - and this is definitely something that parties have been focusing on and it’s definitely becoming a more salient issue - if we care about who our MPs are then we should also care about who our local councillors are in London.”

Councillor Asma Begum, Deputy Mayor of Tower Hamlets said: “When we look at local government we talk about BAME communities being represented but it would be quite interesting to see how many of these people are represented in the executive decision place - making the decisions or having the power to make decisions. How many of the BAME representatives are going up to those places and making those decisions?”

Why does this matter?

Sunder Katwala, Director of the think tank British Future said: “Why does this matter? It’s about being an equal citizen of your country. If you had fair chances and no unfair boundaries then the councillors and the MPs and the selections they would look pretty like the cities they represent.”

Councillor Johnson Situ, a Labour Councillor in Peckham said: “We need to ensure that we become colour and gender conscious to open the door to town halls being more reflective of the community we seek to represent and if we do that we will start to address the figures that Mercy highlighted.”

Professor Tony Travers from the Department of Government at London School of Economics said: “We’re trying to judge how far to unravel different groups of identities and how they perform within the political system - I think this is something we’ll have to think long and hard about so as, in a sense, not to come to the point where there’s just too much to understand. Then the issue is how do we prioritise what we look at and in what order.”