In conversation with Rory Stewart MP

Rory Stewart MP has taken part in a special In Conversation event at the Mile End Institute at Queen Mary University of London where he discussed the UK political system, responsibilities of government and public expectations for the role of Mayor of London. 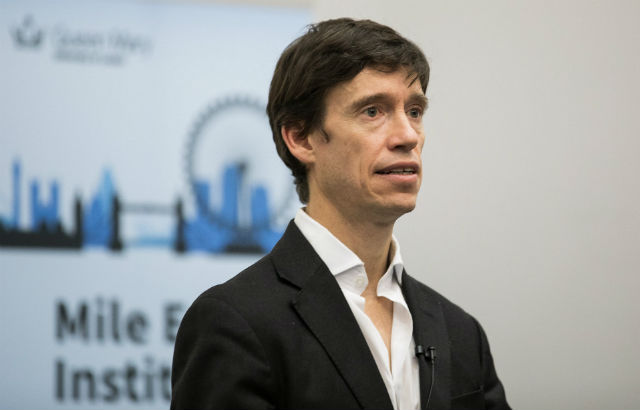 Rory Stewart, MP for Penrith and The Border since 2010, has served as Secretary of State for International Development, Prisons Minister and Chair of the Defence Select Committee. He was also a candidate in the Conservative leadership race in 2019 and was named this year’s ‘GQ Politician of the Year’.

Previously he served in the Foreign Office as well as a regional governor in Iraq. In 2002 he walked across Afghanistan, the basis for a major book, The Places In-Between. Rory Stewart now sits as an independent MP after the Conservative whip was removed in September 2019 and is set to stand as a candidate for Mayor of London in 2020.

Roles and responsibilities of politicians

Speaking at the Mile End Institute, Rory Stewart acknowledged that politicians can be seen as distant and remote and to a certain extent, he agreed, particularly in relation to suitability for specific ministerial roles. He reflected on his first months as a politician in 2010 where he “discovered a number of members of the Foreign Affairs Select Committee had never worked abroad.”

Opening up to questions from the audience, he recognised that a lot of the issues that people face in their daily lives are immediate, and local issues. A member of the audience highlighted that many people do not realise that it is local councillors who have authority to act on many issues, and yet politicians are seen as responsible. “A lot of what I am talking about are local issues […] I have no power. I am part of a talking shop that passes big laws. It is not a free talking shop,” he said, referring to party whips.

The forthcoming elections for Mayor of London

Rory Stewart is set to stand down as an MP and join the race to become Mayor of London in 2020. Again, opening up questions to the audience, he asked what they expected from a Mayor. The responses included safer streets, more policing and better transport. He asked: “Maybe the Mayor is a ceremonial role, do they have the power, and do they want the power?”

Returning to the apparent disconnection between politicians and the public, he reflected on his time as a serving MP. “We have a system of amateurs. They not only lack knowledge but live lives of permanent attention deficit disorder […] we seem to be living in times of increasing blandness, where we pretend to do more than we can and end up doing very little,” he said.

On Boris Johnson, Rory Stewart said that he presented an ideal of the UK which was somewhat overblown. He referred to Johnson’s vision of the UK as a fairy-tale, where everything is talked up, a case of “bigging ourselves up like a rugby team.”

On Brexit, Rory Stewart stated that he believes in compromise and said this was necessary given the close result of the 2016 referendum. He acknowledged that this is difficult at a time of increasing polarisation, where trying to placate all sides of the debate ends up satisfying nobody. “I want a soft Brexit, a 52/48 Brexit, which therefore means that 80 per cent of the population hate me,” he said.