In conversation with Chris Skidmore MP

Chris Skidmore, the Minister of State for Universities, Science, Research and Innovation took part in a special In Conversation event at Queen Mary’s Mile End Institute where he discussed the value of education, university funding and the implications of Brexit for higher education. 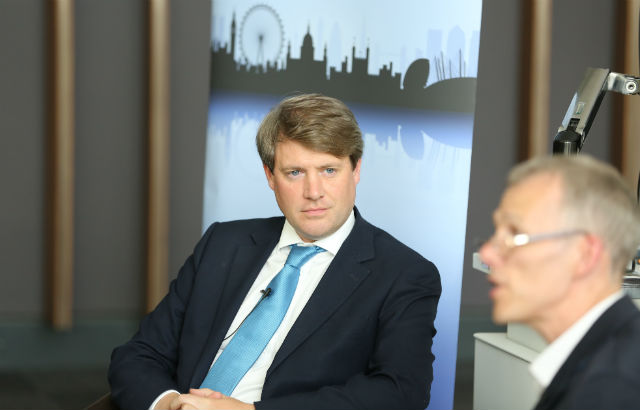 Prior to undertaking a career in politics Chris Skidmore wrote several history books and is also a fellow of the Royal Historical Society and a fellow of the Society of Antiquaries.

Reflecting on his own education, including a degree and postgraduate research in History at Oxford, Chris Skidmore said: “Looking back I wish I could’ve understood research sooner, to see how it all connects.”

He shared his views on a range of subjects at the event which was hosted by Professor Tim Bale, Director of the Mile End Institute.

The impact of Brexit on Higher Education

When asked about Brexit and the potential impact of this on higher education, he said that he wanted to mitigate any potential risks to the sector, which included continuing with transnational research initiatives such as the Erasmus student exchange scheme and Horizon Europe research programmes. “I respect the result of the referendum, my constituency voted leave. There are a number of issues facing universities. I supported Theresa May’s bill which included transitional arrangements,” he said.

“We are not leaving Europe, we are still part of the European continent […] my aim has always been to try and maintain the status quo […] I don’t see the point in ripping networks apart. I want to continue those relationships which have been in place for a number of years,” he added.

The Augar Review, published earlier this year, includes a number of recommendations, including that university tuition fees should be reduced from £9,250 to £7,500. When asked about the Augar Review Chris Skidmore said: “We need to argue the case that tuition fees and going to university are good investments.”

Chris Skidmore was elected Conservative MP for Kingswood in South Gloucestershire in May 2010. He served as a member of the Health Select Committee until 2013, before joining the Education Select Committee. From July 2016 to January 2018 he was Parliamentary Secretary at the Cabinet Office and in December 2018 he was appointed as a Minister of State for Universities, Science, Research and Innovation.

The Mile End Institute at Queen Mary University of London brings together research, policy-making and public debate to deepen and challenge understandings of British politics, governance and public policy to address the major political challenges of our time.

Under the directorship of Professor Tim Bale and with the cross-bench peer Lord Hennessy as patron, the Institute has hosted such speakers as Lord Owen, Lord Heseltine, Lord Kinnock, Ken Clarke, David Davis, Nick Clegg, John Bercow and many more.