Brexit has changed the political climate in the UK and engendered discussions about British and European identities as well as racism and the rise of the far right. Newly energised extremists pose a direct challenge to the conduct of politics which was explored through a panel discussion at the latest Mile End Institute event. 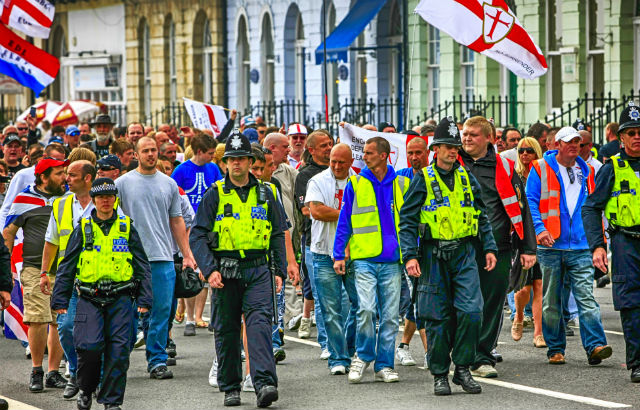 Queen Mary’s Mile End Institute brought together a panel of experts who have been at the front line of acting against and thinking about white supremacy, its origins and transnational networks.

The panel discussion opened with statements from each of the participants who were asked for their views on what Brexit means for white supremacy in the UK.

Dr Omar Khan, Director of the Runnymede Trust, the UK’s leading independent race equality think tank, opened the discussions. He believes that Brexit revealed an “undercurrent of racism that was already there in the UK.” Dr Khan provided an analysis of the complexities surrounding the issue. “Many people do not understand the extent of racism in the country. So-called white working class racism is not the root of all racism. It is institutional and structural,” he said.

Dr Khan also problematised the EU’s own immigration policies which he referred to as ‘fortress Europe’ which in his view needs to be addressed. He also emphasised that there is often a wrong assumption of Europeanness being linked with whiteness.

Emily Gorcenski was also on the panel. A survivor of neo-Nazi violence in Charlottesville in 2018, she has used her involvement to fight back against far-right extremism. Emily shared her experiences of the incident in which anti-racist activists were largely ignored. “In the run-up to Charlottesville activists tried to expose violence and threats yet these warnings fell on deaf ears,” she said.

Emily emphasised that extreme nationalists operate internationally, with much of the rhetoric from the far-right in the UK drawing on discourses from the United States.

Dr Maya Goodfellow, who was recently awarded a PhD in race and racism discussed the concept of whiteness which in her view is “bound with privilege and power”. She argued that the political centre, including politicians such as Tony Blair and David Cameron, have used ideas and rhetoric that the far-right have “thrived off.”

She explained: “When politicians say how immigrants must integrate, it implies conformity to a white nation. When they say these things they don’t mean rich white Americans.”

Dr Olivia Rutazibwa, a second generation Rwandan-Belgian, shared her experiences of living in Flanders as well as the UK and her views on what Brexit means for race. “Brexit made me think about the difference between window dressing and deep anti-racist politics.” She also highlighted that whilst there is a long way to go in the UK, the country has made progress in this area compared to other EU members.

Dr Clive Gabay, Lecturer in Politics at Queen Mary was the final discussant of the evening. Dr Gabay has recently published his book, Imagining Africa: Whiteness and the Western Gaze. He highlighted that white supremacy goes further than hate speeches and that complicity needs to be addressed. “White supremacy is structural, technically everyone is complicit in it. White supremacy is a fluid term, it’s not all about colour, it’s also your accent, your name,” he explained.