Professor Devyani Sharma, Professor of Sociolinguistics with the School of Languages, Linguistics and Film has written an opinion piece for The Conversation about accent perceptions. 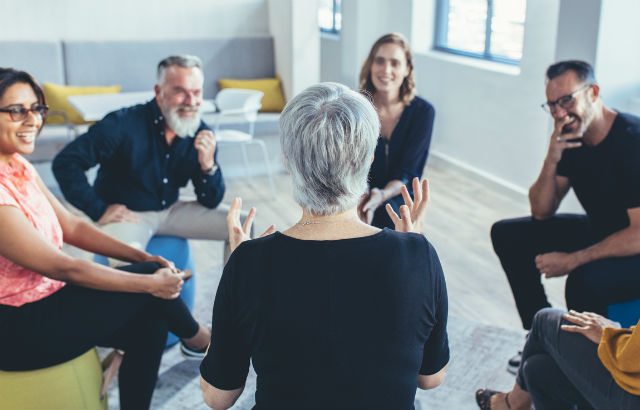 Colleagues having a discussion

Do you judge people’s abilities based on their accent? Do you think a person with a posh accent must be more intelligent or better informed than someone with a multicultural London accent or a northern accent, even if the words they say are identical? In short, do you care less about what someone said and more about how they said it?

These were the questions our team set out to answer. We looked at attitudes to British accents among the general public but also among recruiters in an elite profession, namely law. We found good news and bad news.

So British working class and ethnic accents still face negative bias half a century on. This has been the case since at least 1589, when George Puttenham warned in The Arte of English Poesie against following “the speach of a craftes man or carter, or other of the inferiour sort, though he be inhabitant or bred in the best towne and Citie in this Realme, for such persons doe abuse good speaches by strange accents or ill shapen soundes”.

But this finding doesn’t quite tell us how discriminatory people are. Someone may dislike an accent but never let that affect their judgement of a person’s competence at work. All we have seen so far is accent preferences, and social psychology has shown that we can’t expect people to be free of such associations.

All humans have biases – simplified ways of thinking when we need to process our thoughts quickly. Accent is no exception: we all have automatic associations with accents based on people we’ve met during our lives. It’s only when we rely on these simple stereotypes to judge unrelated traits, like intelligence or competence, that our cultural baggage becomes discrimination.

We see slightly better news when we look at whether accent stereotypes affect whether people think a person is professionally competent, especially when they hear a real voice interviewing for a job in an elite profession.

When we played real audio clips of job interview candidates to the survey participants, the differences people drew between accents became smaller, and people were more careful about letting accent biases affect whether they thought the person was a good fit for the job.

Younger people didn’t judge accents differently at all. By contrast, those above the age of 40 judged speakers of the two working class London accents to be less competent and less hireable, even though all candidates gave exactly the same responses. (It’s tempting to interpret this age pattern as a decline in bias over time, but the same age pattern was found 15 years ago. This suggests that our attitudes become more conventional as we age.) Bias was also greater among people who grew up in southern England and were from a higher social class.

So we see stronger bias when people are simply judging the names of accents and weaker bias (but still some, and against the same accents) when a person’s career is at stake.

If British employers use accent to guess at a person’s abilities, this will limit the chances of candidates who are already socioeconomically marginalised. It also prevents that accent from becoming better represented in professional sectors, perpetuating bias. Economists have long observed that if employers don’t hire people because that group isn’t well represented in their sector, this can lead to a vicious circle of continued exclusion of atypical candidates.

So we took our study further, and tested 61 lawyers in law firms. Again, lawyers were asked to rate how competent and hireable a candidate was. To test their ability to identify good answers regardless of accent, we made their task more difficult, with some answers subtly better than others in every accent.

The reduction in bias that we found earlier was even clearer here: lawyers didn’t let accents interfere with how they evaluated candidates. Their assessment of how good an answer was corresponded to what the person said, not how they said it.

A world of hurdles

This doesn’t mean that lawyers have no biases at all. First, we only examined one factor in hiring. Discrimination can happen at many junctures along a career path. A person can be discriminated against before they even have a chance to speak. A British study found that CVs with ethnic minority names received significantly fewer replies from potential employers than identical CVs with typically white names.

Second, we only tested for the ability to ignore accent - we don’t know how widely professionals make that effort in practice (76% of employers admitted to discriminating against candidates by accent in one survey).

Even if recruiters do make an effort to disregard accents during an interview, other things — how they respond to the candidate’s answers, their eye gaze, smiling, casual remarks, cultural references – can all subtly, often unconsciously, convey bias and undermine the confidence and performance of a candidate.

Finally, a working class or ethnic minority applicant may clear all of these hurdles and get that job, only to find that interactions in the workplace are a source of difficulty, impeding their ability to rise in seniority in the firm.

Lawyers themselves reported such issues to us. In informal feedback, one told us that he had been told at interview that he would need elocution lessons before he could be introduced to a client. Another said: "I hate to admit it, but I’m sure that almost every week my assessment of people I have only just met is affected by their accent. I will assume that someone with a posh accent is better educated, more intelligent and reliable than someone with a less smart accent. I should emphasise that I don’t think it’s right to do this, it’s just one of a series of snap judgements I make about people I meet."

Nevertheless, our work shows that, with awareness and training, people in positions of power can disregard their natural unconscious accent biases if they really want to. This offers hope to people from underrepresented backgrounds entering elite professions.

So to job seekers we say: a confident and expert reply in interview can override accent biases in a listener, so don’t feel insecure about your accent, focus on knowing your stuff. To recruiters we say: our study shows that you have the ability to disregard accent when listening for expertise and competence, the ball is in your court.

This opinion piece was originally published in The Conversation on 25 November 2019.