Boris Johnson: Conservatives could be making a major error in letting him avoid the press and public

Philip Cowley, Professor of Politics from Queen Mary University of London has written an opinion piece for The Conversation about the Conservative Party leadership contest. He argues that Boris Johnson, frontrunner to become leader and therefore, Prime Minister, should be "tested" ahead of the vote by party members. 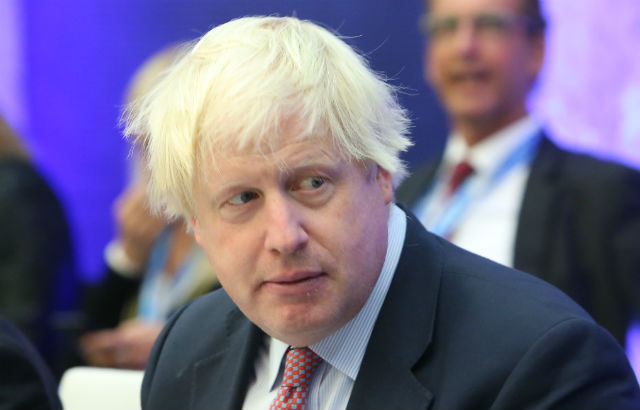 It often comes as a surprise to those outside academia to discover how relatively unimportant teaching ability is considered in many university recruitment decisions. In one institution in which I worked, we took the radical step – resisted by some colleagues – of introducing sample teaching sessions as part of our appointment process.

As the students were leaving, after its first try out, one had a question: “Did you say”, he asked, “this was the first time you’d done this?”

“So before”, he asked perplexed, “you used to appoint lecturers without checking they could lecture?”

The cogs turned within his head, and – as if one of life’s great mysteries had finally been solved – he exclaimed: “Ah, well that explains it.”

I have been reminded of this incident watching the Conservative leadership contest unfold. Boris Johnson received praise for his discipline and professionalism after he made it, mostly unscathed, through a press conference in which he took just six questions. Since then, in addition to ducking two hustings sessions – one televised, one not – he has participated in one radio interview and one TV debate, if debate is not too elevated a word for what unfolded on June 18 on the BBC.

On several levels, this is not all that surprising. Historically, leadership contests have been mostly private events, conducted entirely within political elites of one sort of another. Even when they opened up to involve the wider membership of political parties, this didn’t usually involve the public.

It also seems fair enough from the narrow self-interest of the frontrunner. As American political scientist EE Schattschneider observed in The Semi-Sovereign People, it is the person who is losing in a fight who needs to try to get the crowd involved, not the person who is on top.

Putting potential leaders to the test

Rory Stewart has a reason to go out and risk encounters with the public. Johnson does not. Yet when this contest began all the talk was of how there should be no repeat of the “coronation” of 2016 – everyone agreed that the leader needed to be properly road tested. It was no good getting someone who needed to be shielded from attack and who might not hack it in the heat of an actual election campaign, when they might encounter tough questions. Yet here we are, with the candidate in the lead put under relatively little real examination. This time may not be a coronation but it hasn’t exactly been the third degree either.

The Johnson camp can point out, fairly, that there have been plenty of private events for MPs, and there will be hustings at which party members can put questions (there is even going to be the chance for the wider public to interact in these hustings by emailing in questions). They also argue they wish to avoid too much public intra-party squabbling – so-called blue-on-blue action. Yet none of this really cuts the mustard. Appearing in front of MPs or party members wasn’t a problem for Theresa May – the difficulties came when the public or journalists got involved. And the sort of questioning we’ve seen so far has been as nothing compared to what will be coming down the tracks when the red-on-blue stuff begins.

Track record as a predictor of success?

The Johnson team can also point out that he has a successful campaign track record – both in London and in the referendum in 2016. And they can point to opinion polls showing he seems to do well among voters. None of this seems especially convincing. The hypothetical polls have all sorts of problems, which have been widely discussed . Johnson’s victory in London would now be next to impossible – not least because of his campaigning in 2016. Neither anyway involved the type of intense questioning that a candidate for prime minister will face.

Perhaps the biggest surprise of those events in which Johnson has participated so far is how unimpressive he has been. Like those FA Cup matches in which commentators resort for the cliché about not being able to tell which is the Premier League team and which is the one struggling in League One, no outside observer watching would have identified Johnson as the great communicator of the bunch.

But maybe I’m wrong. It would not be the first time that people have misunderstood the electoral appeal of would-be leaders. In 1975, after the Conservative Party chose Margaret Thatcher, many Labour MPs thought it made a Labour victory at the next election more likely. Only a handful saw the danger.

Maybe, when you are in as big a hole as the Conservatives currently are, it is worth taking a risk on someone who might pull off the desperate “Hail Mary pass” – it may end badly but it is at least worth the gamble. Maybe Johnson will solve Brexit and lead the Conservatives to the electoral Promised Land.

But given what is to come, wouldn’t you at least want to see him really tested?

This opinion piece was originally published in The Conversation on 19 June 2019.