Beki Aldam is Public Engagement Coordinator in the Barts-MS team based at the Blizard Institute, Queen Mary University of London. In this blog, she talks about her team’s trip to a remote island in the Outer Hebrides to organise an event for multiple sclerosis patients who have limited access to neurologists. 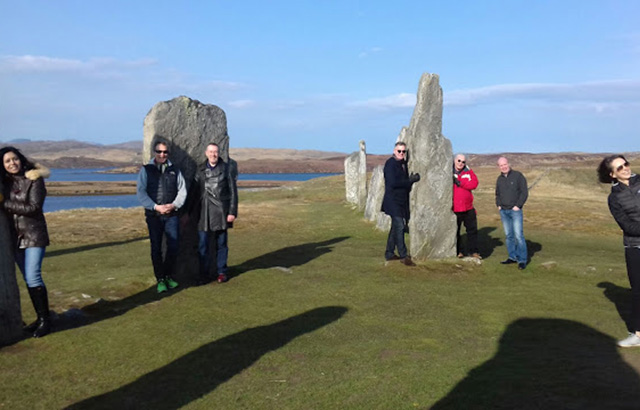 The MS team on the Isle of Lewis

When we headed up to the beautiful Isle of Lewis in the Outer Hebrides archipelago in Scotland, it seemed unspeakably cruel that in such a rural place, the rate of multiple sclerosis (MS) is three times higher than in London. It seems so unfair that people without easy access to a neurologist, who have to fly to Glasgow for a yearly appointment, should be more likely to develop a condition that lasts a lifetime, than their peers in London, who are replete with facilities and specialist health teams.

That’s why the team, headed up by Professors Gavin Giovannoni and David Baker, decided to hold an event in the Western Isles for people living there who are affected by MS.

MS is a chronic neurological condition that affects around 100,000 (diagnosed) people in the UK. It’s an autoimmune disease that affects each person differently - symptoms are incredibly varied and no two cases of MS are the same.

The highest rate of MS in the world 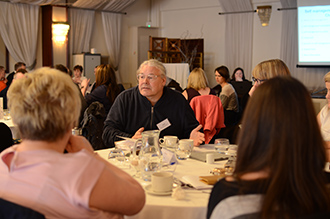 Discussions at the MS event on the Isle of Lewis

The Western Isles does not have a resident neurologist, so everyone with a neurological condition on the islands has to travel to Glasgow to see a neurologist. This can make it difficult for patients as trips from the island are often cancelled due to bad weather.

But the islands do have a fantastic MS nurse in the form of Rachel Morrison. Rachel travels round the islands to see her patients, covering an area of several hundred miles. It was Rachel that first asked Gavin if we would come up to the Western Isles to speak to her patients. We got together with the neurology team in Glasgow - who cover the Western Isles, and together we organised two information days.

Working with professionals, patients and families 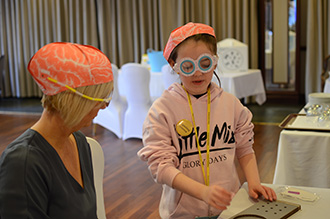 We decided to run one day of talks for the healthcare professionals, a second for people affected by MS and a Digesting Science event for the children who attended.

The second day was for families. People with MS attended with their loved ones and heard about the latest research into nutrition and exercise, Vitamin D, available treatments and the future of MS care.

The talks were all filmed are available on YouTube. The research days were also featured on BBC Alba, the Gaelic channel, as part of their evening news programme.