A new review by Action on Salt, based at Queen Mary University of London, has challenged previous studies that cast doubt on the importance of reducing salt intake on public health. 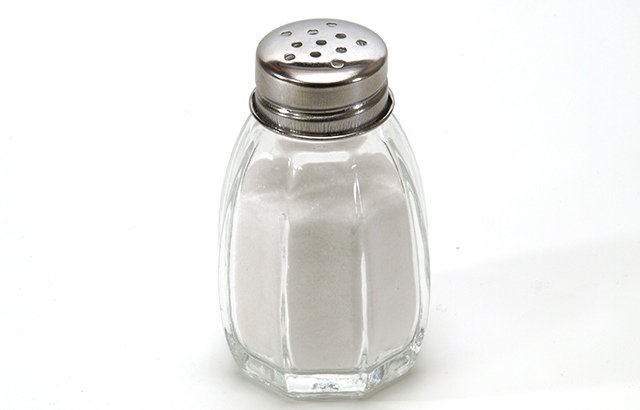 The review reiterates there is strong evidence supporting salt reduction as a key public health strategy to lower blood pressure and reduce the risk of heart disease.

Salt consumption has long been shown to have a negative impact on health, with studies consistently showing that high dietary salt intake is the major cause of raised blood pressure. Raised blood pressure can lead to heart disease (including strokes and heart failure), which is the leading cause of death and disability worldwide. A high salt diet is also linked to a number of other conditions, such as osteoporosis, stomach cancer and kidney disease.

The World Health Organization (WHO) has set a global target of halving population salt intake. This recommendation, however, has been challenged by several studies suggesting there is an increased risk of heart disease with lower intakes as well as higher intakes of salt.

The new analysis, published in Nature Reviews: Cardiology, highlights severe problems in the way these studies were carried out.

The question is not ‘should’ we reduce salt intake, but ‘how’

Dr Feng He, lead author of the review and researcher at Queen Mary’s Wolfson Institute of Preventive Medicine, said: “Studies of poor scientific quality have unfortunately tried to cause controversy in what is recognised as a robust public health strategy. However, the totality of evidence shows reducing our salt intake will be immensely beneficial in preventing strokes, heart attacks and heart failure, the commonest causes of death and disability in the world. The question is not ‘should’ we reduce salt intake, but ‘how’.”

One of the issues the team highlighted is ‘reverse causality’ where some studies observe a relationship between lower salt intake and higher heart disease risk. However, this observation may not be because low salt intake is associated with heart disease, but because it their heart disease and illness that is causing them to eat less food and consume less salt, or they may be following doctors’ advice to reduce salt intake.

Measurement error can also occur when studies use a single spot urine sample to estimate an individual’s usual salt intake. These measurements are highly variable and influenced by several factors, including the amount of fluid consumed and the amount of salt in the last meal they ate. Multiple urine collections are needed to get an accurate picture of usual salt intake. To date, only three studies have done this, and all showed a direct, linear relationship between salt intake and heart disease risk.

Progress on salt reduction has been slow

Professor Graham MacGregor, Professor of Cardiovascular Medicine at Queen Mary, said: “Salt reduction has been identified as a cost effective measure to reduce non-communicable diseases for both developed and developing countries. The UK was once leading the world with an effective strategy to reduce salt, which led to a reduction in population salt intakes and consequently a fall in average blood pressure and fewer deaths from heart attacks, heart failure and stroke. Progress of late has been fragmented and slow, and therefore needs reinvigorating by Public Health England.”

Mhairi Brown, Nutritionist for World Action on Salt & Health, adds: “Eating too much salt puts up our blood pressure, the major cause of cardiovascular disease which is the leading cause of death and disability worldwide. This issue is recognised worldwide, with many countries adopting a salt reduction strategy similar to the UK. If we were able to achieve the WHO global target of less than 5g a day, then we would prevent more than 1.6 million CVD related deaths per year, as well as major cost savings to individuals, their families and health services.”