A new survey by Action on Salt, based at Queen Mary University of London, has exposed the alarming amounts of salt found in both Chinese takeaways and Chinese ready meals sold by some of the UK’s biggest supermarkets. 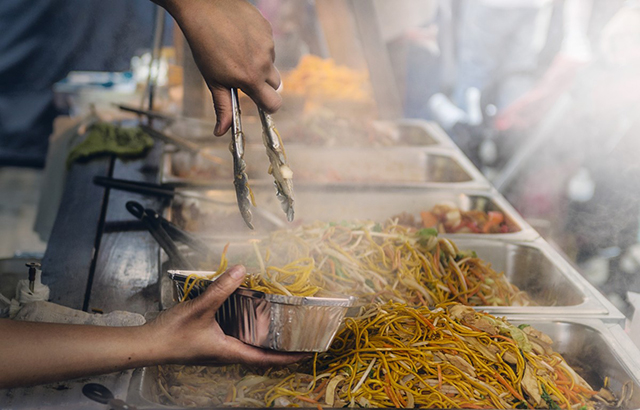 Professor Graham MacGregor from Queen Mary’s Wolfson Institute of Preventive Medicine and Chairman of Action on Salt, said: “Salt is the forgotten killer as it puts up our blood pressure, leading to tens of thousands of unnecessary strokes, heart failure and heart attacks every year.”

Professor MacGregor added: “Reducing salt is the most cost effective measure to reduce the number of people dying or suffering from strokes or heart disease. We are now calling on PHE to take immediate action.”

An analysis of Chinese takeaway meals purchased from six independent restaurants in London’s Chinatown district revealed 97 per cent contained 2g of salt or more per dish. Over half (58 per cent) contained more than 3g of salt per dish – which is half an adult’s maximum recommended daily intake in one portion alone.

The saltiest takeaway main with a rice/noodle side dish contained 11.50g of salt (Beef in Black Bean Sauce and Vegetable Noodles from Wong Kei restaurant), the equivalent of five Big Macs, and getting near to the acute toxic levels of salt.

As part of Salt Awareness Week (12-18 March 2018), Action on Salt is calling on Public Health England for immediate action to reduce the consequences of salt intake. Every 1g reduction in salt intake prevents 7,000 deaths, 4,000 of which are premature, from strokes and heart disease.

Find out more about studying Medicine MBBS at Barts and The London School of Medicine and Dentistry, Queen Mary University of London.