Increase in number of places for local medical students

Barts and The London School of Medicine and Dentistry at Queen Mary University of London has been allocated an additional 32 new places for medical students, which will provide new opportunities for students from the local area. 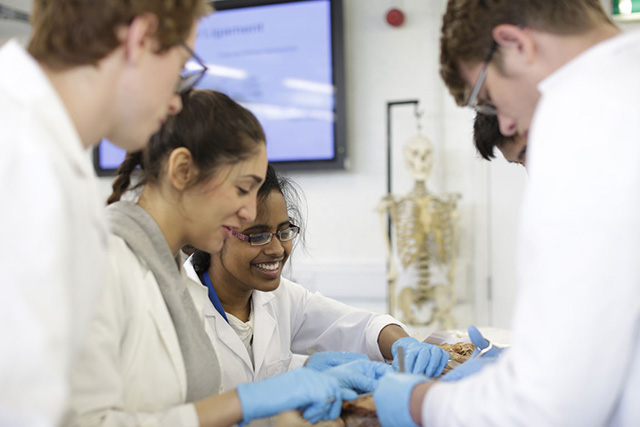 The medical school was the only one in London to be awarded the additional places for 2019-20 by the Government. This followed a competitive bidding process that recognised Barts and The London’s commitment to improving access for local students from a diverse range of backgrounds.

The Government prioritises medical schools that work closely with their local communities to help students from disadvantaged backgrounds become doctors, to widen access to medicine and ensure the profession reflects the population it serves.

Professor Anthony Warrens, Dean for Education at Barts and The London School of Medicine and Dentistry, Queen Mary University of London, said: “Outer east London has some of the highest levels of healthcare needs but critically low levels of healthcare staff and provision.

“By expanding opportunities for medical education in the area through an increase in medical places available to local students, we hope that there will be a significant boost in numbers of local primary care staff, as these new junior doctors remain within their communities following graduation.

“More than almost any other Russell Group university, Queen Mary has embedded itself within the local population and is already seen as the university of the East End. This announcement therefore fits closely with Queen Mary’s values, aspirations and strategy.”

Opening the door to under-represented groups

The announcement from the Higher Education Funding Council for England (HEFCE) brings the total number of places available at Barts and The London to 371 for 2019-20, and is in addition to the 23 additional places which were announced last year for the upcoming 2018-19 intake.

The Government’s wider expansion of undergraduate medical training includes the addition of 1,500 places across the UK. 630 additional students will take up places on medical courses this September, bringing the total intake for 2018/19 to 6,701 - the highest on record.

Professor Madeleine Atkins, Chief Executive of HEFCE, said: “This significant expansion opens the door for many more students, including students from under-represented groups, to gain high-quality medical education and training.

“Following a rigorous competitive process, an ambitious portfolio of places has been allocated across both new and established medical schools which will offer innovative training and provision.

“Universities and colleges across the country play a vital role in supporting their local and regional communities. This initiative will provide highly-skilled professionals, many of whom will go on to serve communities in areas of greatest need.”