A new nationwide product survey by researchers from Queen Mary University of London has found that processed meat alternatives, including meat free burgers, sausages and mince, are concealing high levels of salt. 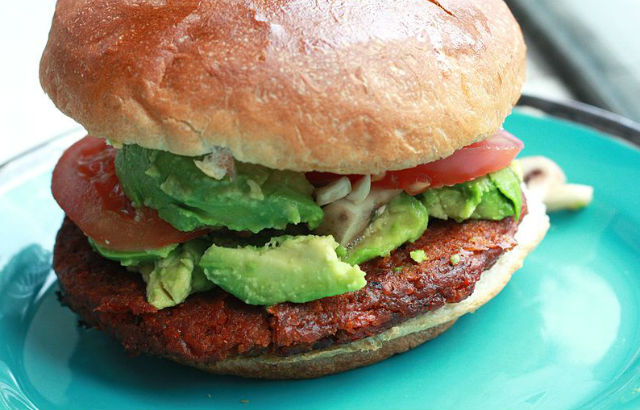 The Action on Salt team suggest that there is a lack of monitoring and guidance from Public Health England (PHE) as more than half of all products (53 per cent) are higher in salt than their average 2017 salt reduction target. 28 per cent of all products surveyed exceed their maximum salt targets, which were due to be met by 31st December 2017.

Graham MacGregor, Professor of Cardiovascular Medicine at Queen Mary’s Wolfson Institute of Preventive Medicine and Chairman of Action on Salt, said: “Reducing salt is the most cost-effective measure to reduce the number of people dying or suffering from entirely unnecessary strokes and heart disease.

“Given the vast amounts of strokes and heart disease that could be avoided and huge savings to the NHS, it is incomprehensible that Public Health England are not doing more to reduce the amount of salt in our food. We are again calling on PHE to take urgent action.”

Action on Salt’s survey of real beef burgers from retailers including Tesco, Sainsbury’s and Asda revealed that their average salt content per serving - 0.75g - was lower than that of meat free burgers at 0.89g per serving.

32 of the 154 (20 per cent) products included in the survey had no front of pack colour-coded labelling including Linda McCartney’s entire product range. Only three of all products surveyed were low in salt with 0.3g per 100g or less.

Around a fifth (18 per cent) of products also have no portion size, making it hard for consumers to judge how much of a product they should eat and gauge their daily salt intake.

Mhairi Brown, Nutritionist at Queen Mary’s Action on Salt, said: “Research has highlighted that we must reduce the amount of meat we eat to reduce the negative impact of climate change. The food industry have ensured greater availability of meat-free alternatives, but now they must do more to ensure that meat free alternatives contain far less salt - at the very least lower than their meat equivalents. This survey drives home the urgent need for Public Health England to reinvigorate the UK’s salt reduction strategy.”